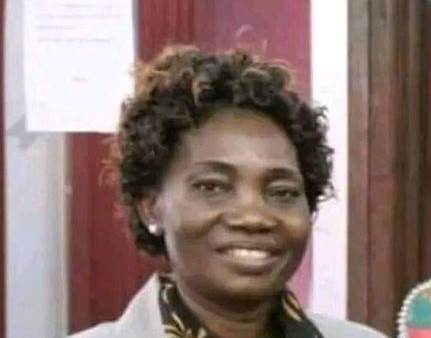 The Speaker of the Transitional National Legislature has declared two days of mourning for parliamentarians following the death of former deputy speaker Jasmine Samuel Adakayi.

Rt. Hon. Jemma Nunu Kumba announced on Tuesday during the presentation of the budget announced the passing on of Hon. Jasmine Samuel on Saturday night of 24th September 2022.

According to Nunu, Hon. Jasmine died suddenly at her home in Juba.

Born on January 1st, 1964 Late Hon. Jasmine was a Member of Parliament and served as deputy speaker of parliament.

She was a member of the SPLM National Liberation Council (NLC), and she was the former Minister of Gender and social welfare in Western Equatoria State government.

Late Jasmine served as an Advisor in Western Equatoria state and in various public offices in the Country.

According to the speaker of the National Legislature, Hon. Jasmine has been one of the long-serving MPs since 2010.

Jemma Nunu described her death as shocking and left a very big gap in the country and the western Equatoria in General.

She announced that the leadership of parliament declared two days of mourning for parliamentarians.

The body of the late will be taken to parliament for public viewing today Wednesday.

“The leadership, we have agreed that tomorrow [Wednesday] the body will be brought to the assembly for viewing, so in her honor will just give two days for her mourning,” said Nunu.

“We will not work tomorrow as the assembly to allow people to mourn especially those who want to go to visit the house,

“On Thursday, she will have the burial according to the committee’s briefing yesterday[Monday], the body will be taken to the church and after that for burial.”

Members of the parliament have expressed their condolences to the family of the deceased.

The body of the deceased will be taken to Seventh Day Adventist Church for requiem mass.

The burial will take place on Thursday morning at her son’s house at Gudele block 4 in Juba.