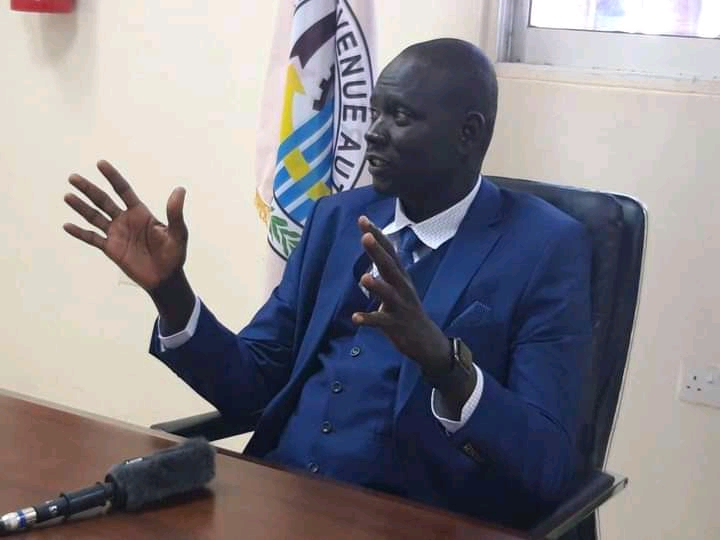 About ten bank accounts of companies in Juba have been blocked by the National Revenue Authority for allegedly evading tax, the Deputy Commissioner for Domestic Tax has said.

This, according to the NRA, is meant to discourage tax evasion.

He discloses that about 10 billion pounds have been lost so far to tax evasion.

Ajang says the move by NRA to block accounts of companies comes after they realized an increasing number of businesses are either delaying or intentionally evading tax.

For the purpose of confidentiality Ajang declined to name the companies whose accounts have been blocked.

“We have locked those accounts, we have put a link and we have asked the banks to transfer the same to the account to the National Revenue Authority,” Ajang said on Tuesday during a press conference in Juba.

“We have so far saved some money to a tune of 10 billion South Sudanese pounds to about 4 or 5 or 6 or 10 companies. These are from different sectors, some of them are construction, general trading and airlines companies.

“The rest of detailed rest with the National Revenue Authority for confidentiality purposes, we will not be able to disclose to you.”

Ajang added that taxpayers have been failing to comply timely and this resulted in the accumulation of arrears that attracted penalties.

He warned defaulters that similar action will be taken against them if they failed to comply with the country’s taxation law.

“We will no longer be waving unless there is a valid reason that is compelling this office to do the waiving, so we are asking you to do the timely tax payment, If you do not pay the tax in time we will assess you and we will enforce collection.”

According to the taxation act of 2009 as amended, if any taxpayer neglects or refuses to pay his or her assessed tax in accordance with a notice of assessment and demand  the tax payer’s right of ownership and use of his or her property, whether movable or immovable, may be restricted by a lien and subject to seizure.

The law further states that the Director of taxation shall give written notice to a taxpayer whose property is subject to a lien and shall give a notice that the taxpayer shall have 15 days to satisfy his or her assessed tax or the property shall be subject to attachment and or seizure.