You are here: Home  |  News | Sports   |   New football team head coach vows to push the boys to next level 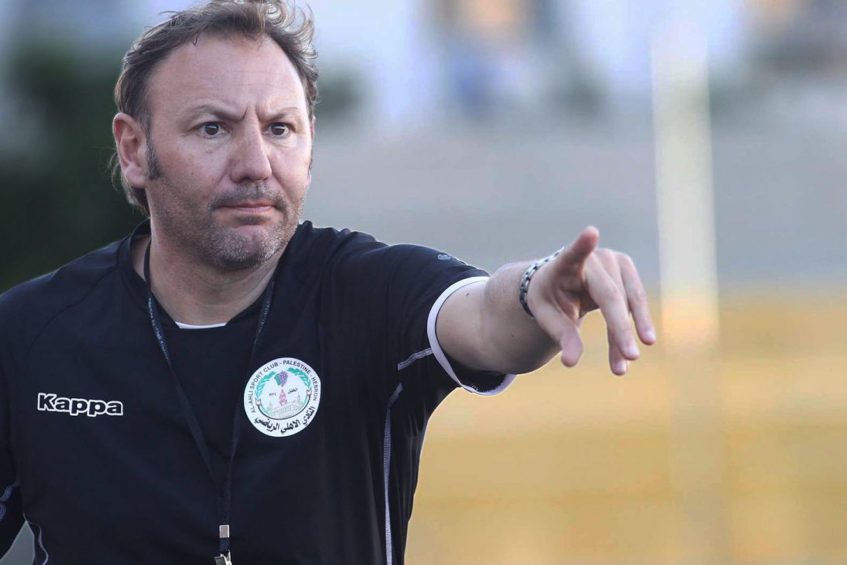 The Italian tactician was officially unveiled as the Bright Stars new head coach in a press conference held in Juba on Tuesday and has signed a two-year contract.

In his first statement to the press, Cusin recognized the work of his predecessors, saying the foundation is already in place for the national side.

“Before I came here, I checked about ten games for the national team to try to understand the players, leadership and how they have been working; and what I can tell you is that we are not coming from zero,” he told the media.

Regarding style of play and what fans can expect, the Italian states that he will take time to understand the characteristics of the team, its strengths and weaknesses but added that the priority is to develop a team identity

“My style is to play with organization, personality and game by game we will analyze because it is not the same to play in Lagos against Nigeria and to play at home against Mauritania,” Cusin continued.

For his part, SSFA President Augustino Maduot said they had interviewed several coaches before the board decided that Cusin was the best choice.

“He has been a Coach in Europe, Africa, Middle East and the Gulf region and the board unanimously believe he is the right person to take the Bright Star to the next level,” he added.

He added that the target for the coach is to ensure that the Bright Star win matches and compete in tournaments.

Cusin holds a UEFA Pro License and has worked in numerous countries including Italy, Iran, Palestine, Cyprus, South Africa, UAE, Saudi Arabia, Libya, Bulgeria, Congo, Cameroon and most notably as assistant coach at Wolverhampton in the English Championship in 2016.

He has also worked with stars such as Luca Toni, a world cup winner with Italy and Helder Costa among others