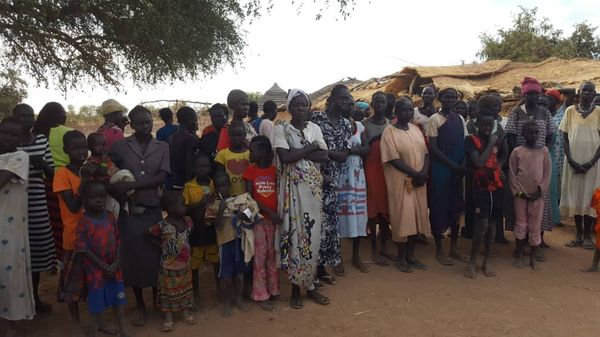 About one thousand families have reportedly been displaced into neighboring areas following the recent clashes between armed Misseriya men and residents of Aweil East, Northern Bahr El Ghazal state. This is according to an assessment report conducted by the Coalition for Humanity, a national organization working in the area.

The repeated attacks prompted the authorities to close the western border with Sudan indefinitely until the dispute is resolved.

Ngong Deng is the project officer for Coalition for Humanity in Aweil Town.

those affected by the violence are now reportedly in dire need of shelter, food, protection and clean water.

“We take the households based on the payams which are displaced. In Pabuoth where the fighting occurred, there is a number of 105 households. Aram-yang has 112 households”, Deng spoke to Eye Radio from Aweil East on Tuesday.

A Misseriya community leader in Northern Bahr el Ghazal State, has reportedly condemned the attacks on the villages.

In a statement see by Eye Radio, Ibrahim Marek called on the Sudanese government to immediately intervene to avoid further escalation.

Several peace conferences between the Dinka Malual and Misseriya have been held in the past, with the two sides resolving to main peace, monitor crime, and payment of blood compensation in case of murder.

But conflicts have continued despite the peace efforts.