You are here: Home  |  News | Peace | Politics   |   NCAC urged to speed up review of elections and financial reforms act 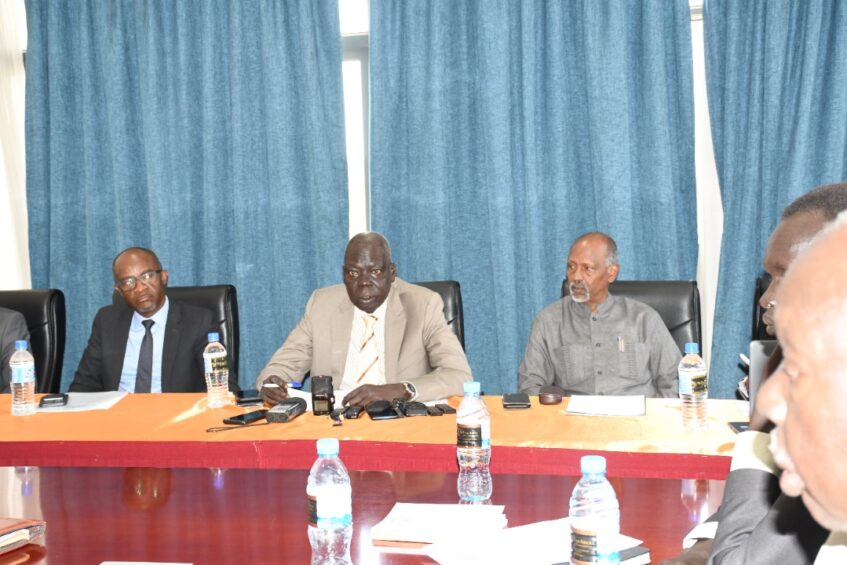 The UN Development Programme and other partners have urged the National Constitution Amendment Committee to urgently review the election and financial reforms act.

NCAC is tasked by the 2018 peace agreement to draft and complete the Constitutional Amendment Bill and incorporate it into the transitional constitution.

The committee is mandated to review and complete amendments to relevant national security legislations to bring their provisions into conformity with the agreement.

Other tasks include the amendment of other legislations and incorporate any reforms relevant to the peace agreement.

The term of the committee reportedly elapsed in February last year

But it has been extended by the peace parties for another one year.

Recently, the United Nations Development Programme with funding from the Kingdom of Norway allocated an unspecified amount to run the NCAC Secretariat and its activities.

According to UNDP, they want the NCAC to pay quick attention to key economic laws such as the public finance management and accountability act, as well as the National Revenues Authority act.

Dr. Samuel Doe, the UNDP Resident Representative in South Sudan made the appeal remarks during the inaugural committee meeting in Juba this morning.

“In context where economic governance is lax, there are challenges with public resources and we are hoping that these instruments can lay the foundation for a viable economic foundation that will reverie the prosperity for the people of South Sudan expressly,” Dr. Samuel Doe said.

“The second reason is that the election act is almost at the brink of the conclusion of the transition and it will set the basis for the democratic foundation that South Sudan needs and that will pave the way for South Sudan prosperity.”

Speaking during the same event, the IGAD Special Envoy to South Sudan agrees with Dr Doe.

Amb. Ismail Wais says reviewing the Elections Act is necessary as the country gears towards the end of the transitional period.

“I would like to urge the committee to give priority to the elections act as that is the top most priority at this critical juncture of the South Sudan peace process,” Ismail Wais said.

“The urgency that you will review the elections act will be one of the main marks with which stakeholders got your accomplishment and success. So I call on you to give it the attention that it deserves.”

For his part, the Minister of Justice and Constitutional Affairs, Justice Ruben Madol welcomed the resumption of NCAC activities.

“The Ministry welcomes the development that the committee will now resume its work at this critical moment in the implementation of the peace agreement,” Minister Madol said.

“Particularly for us in the Ministry of Justice in that context, anti-corruption law deserves priority but more importantly as shown out by the previous speakers, the electoral law is paramount, urgency as far as the legal framework for the elections are concerned.”

In response, Gichira Kibara the Chairperson of the National Constitution Amendment Committee says..

“We are therefore very much behind the timeline to expedite the review and amendment of the remaining laws. We shall require the support of all stakeholders,” Gichira Kibara said.

“We are therefore urging the government institutions to respond expeditiously to the request for input into NCAC work including the presentation of views and memoranda on the proposed amendments.”

Before the committee broke off last year, it prepared the amendment to incorporate the agreement into the Constitution, amend and review all the security laws with exception of National Security act 2014.

The committee also complemented the review and amendment of the Political party’s act 2012 among others.