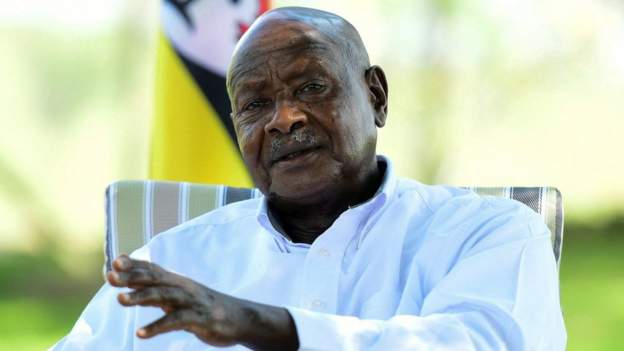 In a statement posted on his official Twitter page on Sunday, President Museveni said the partial dismantling of a wind farm in Germany to make way for the expansion of a coal mine is a mockery to the Western commitment to ending climate change.

“For years, we have been told that fossil investment in Africa for Africans is unacceptable. Now with Europe investing in its fossil fuel power industry, this is the purest hypocrisy,” reads the statement.

Museveni added that “we will not accept one rule for them and another rule for us.”

The Ugandan leader also said European countries were happy to take Africa’s resources for their own energy needs but were against the development of fossil fuel projects which were for the benefit of Africans.

Museveni said Africa’s global carbon emission share can only rise to a negligible amount if it were to use its own natural gas to support its energy needs.

Uganda is due to start exporting oil within three years.

But the process has been mired in controversies as the European parliament voted in September to halt the development of pipeline through Tanzania.

Due to the global energy crisis some European countries have recently decided to increase coal production – a move heavily criticised by climate change activists.