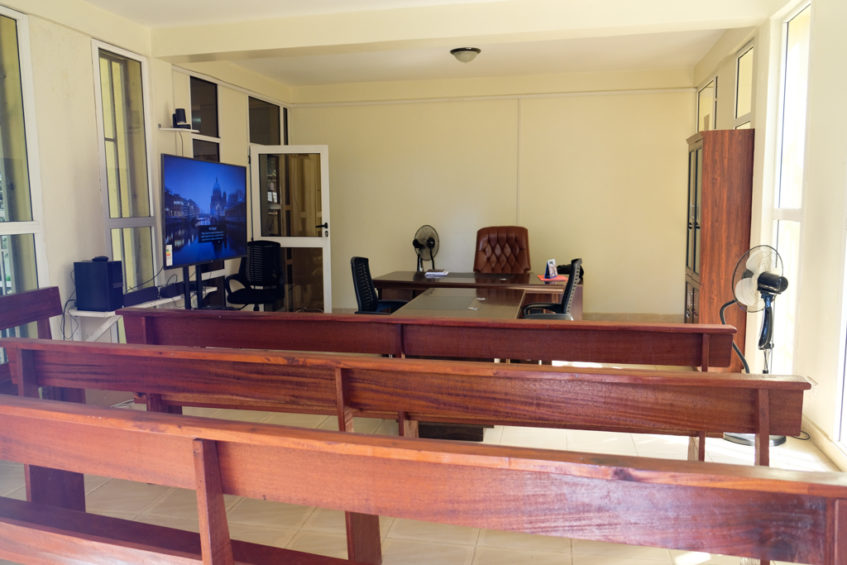 A juvenile court in Juba has found a young man guilty of defilement charges on Wednesday.

Emmanuel Juma Taban will spend 7 years in jail for molesting a schoolgirl.

He sexually assaulted the 13-year old girl at Munuki residential area in Juba in 2019.

According to Andrew Joshua Lado, the presiding Judge, Juma who works at a barber shop, claims that he was in love with the minor and sexually abused her four times.

While at the court, the girl said Juma bought her two smart phones and lured her to sleep with him in return.

Judge Lado stated that the GBV court in Juba has ordered Juma, the molester, to pay an amount of 300,000 South Sudanese pounds to the survivor as reparation.

This is through the civil proceeding.

Juma was tried in accordance with article 247, subsection 2 of South Sudan penal code of 2008.

Reacting to the verdict, Anibie Judith Mardin, an aunt of the unnamed girl says she is happy with the court verdict.

“I am the aunt of the victim, with the sentence of the convict I am very happy because it’s fair and for the payment of the remedy it’s also fair every thing is right because it’s already done according to law that all I can say,” Judith said.

Responding to the verdict, the defense lawyer of the convict says the judgement was passed prematurely.

Emmanuel Bitia Caesar argues that the presiding Judge did not go into the details of the case.

“As a lawyer, I am not convinced with this decision because this is miscarrying of justice. The Judge did not evaluate the evidence probably as such to reach this decision,” the defense lawyer said.

“It also indicates that the complainer is not a virgin. So for me, I am going to appeal against this decision.”

Meanwhile, Michael Swaka Juma, a senior social worker at ministry of gender, child and social welfare in Central Equatoria State advised young adults not to get involved in relationships with minors.

“As adults, we are not supposed to get involved in relationships with minors. It is not only young people who practice this wrong behavior,” Michael said.

‘There are adults who share the same violating gender based violence law. This is my message to everyone to respect the minor.”