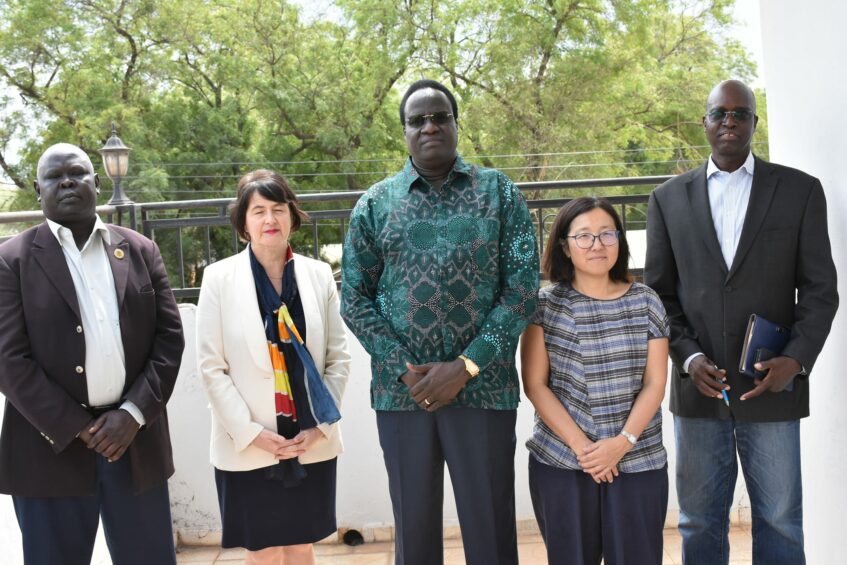 The governor of Unity State has assured a visiting United Nations delegation of his willingness to curb human trafficking and conflict-related sexual violence in the state.

Joseph Manytuil met with Siobhan Mullaly, the UN Special Rapporteur on Trafficking in Persons of Women and Children, on Sunday.

According to a statement on his official Facebook page, Manytuil and the visiting rapporteur discussed about how to end human trafficking, sexual abuse, and gender-based violence, particularly in his state.

The governor said the issue of human trafficking needs the attention of the government and international community to deal with the cross border crimes.

“Governor Hon. Dr. Joseph Manytuil Wejang said that South Sudan is Bordering six countries in the region, the influx of human traffickers to South Sudan as transit route is inevitable,” he said as quoted by his office.

On her part, the UN rapporteur, Siobhan Mullaly called on South Sudan government to ratify the United Nations Convention against Transnational Organized Crime.

Juba has asked to be given more time to study the UN Convention – which is supplemented by three Protocols, targeting specific areas and manifestations of organized crime;

These include the Protocol to Prevent, Suppress and Punish Trafficking in Persons, Especially Women and Children; the Protocol against the Smuggling of Migrants by Land, Sea, and Air.

The UN visit comes a day after the British government sanctioned the commissioners of Koch and Mayendit counties in Unity State – over their alleged role in conflict-related sexual violence.

Reports indicate that the civil war has left a corroding impact on the oil-rich Unity State, which has been under the governorship of Manytuil.

But the most vicious violence occurred in 2022, as violence rocked the South and North of the state between February and May, and July.

In the numerous testimonies collected by investigators from UNMISS and the UN Human Rights Commission, at least 28 villages and settlements were affected during the violence — with an estimated 173 civilians killed, 12 injured, and 37 women and children abducted.

Many of the abductees were allegedly subjected to sexual violence, with a total of 131 cases of rape and gang rape documented.