You are here: Home  |  News | Peace   |   Machar says country will be safe after NUF deployment

Machar says country will be safe after NUF deployment 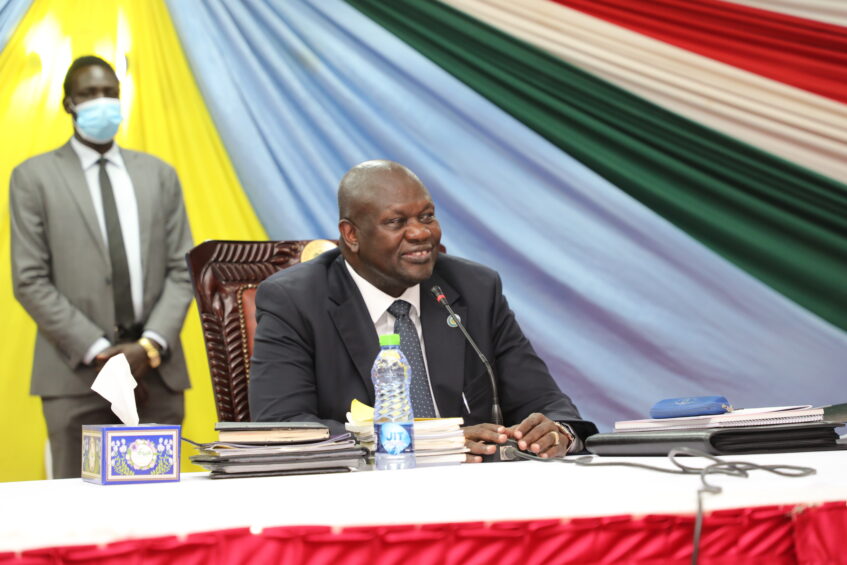 The First Vice President says he is confident that the country will be secured once the recently graduated necessary unified forces are deployed.

Dr. Riek Machar pointed out that the passing out of the first phase of unified forces is a great milestone in the implementation of the 2018 peace accord.

“We have graduated the forces in phase one. We are confident the country will be secure once these forces are deployed,” Machar said during the opening of the 6th Governors’ forum in Juba Tuesday.

Nearly 50,000 security forces have so far been graduated from different parts of the country, but they are yet to be deployed.

“We are also confident that the phase two of it shall commence as soon as possible and actually the President has ordered for that in the first graduation,” added the first vice president.

On Monday, the unity government passed out at least 9,500 members of the necessary unified forces in Malakal town of Upper Nile state, bringing a total number of graduated security forces to 49,300.

This follows the first graduation of over 21,000 in Central Equatoria State on August 30 and the graduation of another 13,600 from the Greater Bahr el Ghazal Region this month.

The 2018 accord expects the unity government to graduate 83,000 unified forces drawn from the various parties to take charge of security during the ongoing transitional period.

But due to financial constraints, the peace parties had planned to graduate and deploy more than 52,000 forces before embarking on the next phase.