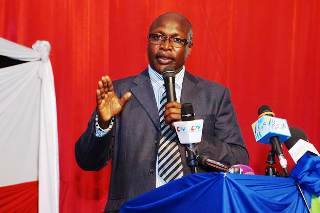 The governor of Eastern Equatoria State has condemned the attack on humanitarian workers in Torit.

According to Louis Lobong, some local youth known as ‘monyomiji’ targeted the staff of an NGO over employment opportunities.

The local youth claimed that the NGOs and UN agencies there discriminated against them by recruiting those who come from other states.

It is reported that several workers of the UNICEF and Health Link sustained serious injuries during the Wednesday assault.

One UNICEF staff sustained injuries and he has been admitted to UNMISS Level One Clinic in Torit.

Another employee of Health Link-South Sudan was also attacked and beaten as he was leaving office.

Governor Louis Lobong denounced the action of the youths, describing it as an act of negative tribalism.

He promised to punish the perpetrators of the attack on humanitarian workers.

“Nobody will get away with such crimes. Even if they are still at large, they will be arrested,” Lobong added.

According to the 2016 NGO Act, Non-Governmental Organizations shall ensure that not less than 80 per cent of the employees are South Sudanese in all managerial, middle and junior levels.

It also states that NGOs shall engage professional staff from abroad only if there are no qualified South Sudanese nationals.

This, however, means that any South Sudanese recruited by an NGO is entitled to work in any part of the country.

The Ministry of Labor stated that no section of the Act requires the NGO to recruit 80 percent of the workforce from only the indigenous of a place where the project is operating from.