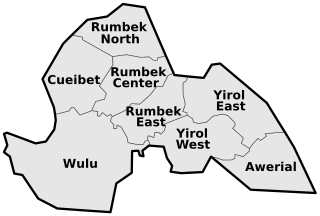 The government of Lakes State has launched a one-month voluntary disarmament exercise in an attempt to curb the cycle of gun violence in the state.

According to the state authorities, the exercise will reduce the level of killings as the guns will no longer be in the hands of the civilian population there.

Communal clashes in Lakes are common due to cattle raids and revenge attacks.

This came after retaliatory communal clashes between Gony and Rup in Lakes left 53 people dead.

Major Elijah Mabor, the police spokesperson in Lakes State says the governor has conducted several meetings with community leaders over the matter.

“Our governor convened several meetings with community leaders giving them a message that peaceful disarmament should immediately start from now up to December, everybody should peacefully hand 0ver their rifles,” the police spokesperson in Lakes State told Eye Radio on Wednesday.

“One of the young men began to hand over his rifles to the honorable governor.”