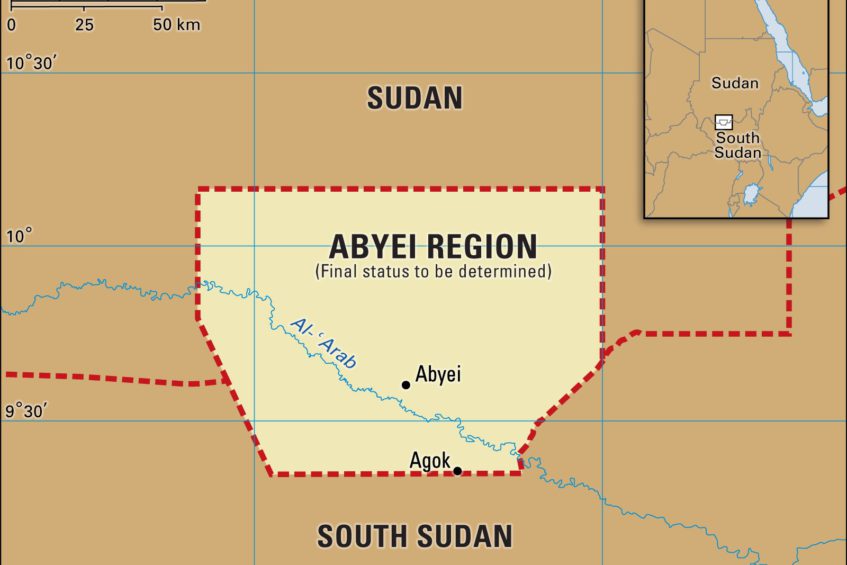 President Salva Kiir has constituted a high-level committee to initiate dialogue with the Sudanese government on the final status of the Abyei Administrative Area.

In a presidential decree read on the state-run SSBC TV Monday evening, Kiir appointed a ten-member committee to lead the process.

This comes a week after armed men allegedly aided by a Sudanese army outfit killed 12 civilians and wounded several others in Abyei.

They will be led by Tut Gatluak, the Presidential Advisor on Security Affairs, deputized by Deng Alor Kuol, the minister of East African Affairs.

The committee is tasked with negotiating with the government of Sudan in order to reach an amicable solution on the status of Abyei.

They are expected to feed President Salva Kiir with monthly updates on the progress of the negotiation.

The team has been advised to negotiate with Khartoum in the spirit of the Comprehensive Peace Agreement signed between the two countries in 2005.

The oil-rich border region of Abyei has been contested since South Sudan gained independence in 2011.

The Abyei Area was accorded a “special administrative status” by the 2004 Protocol on the Resolution of the Abyei Conflict, known as, the Abyei Protocol.

Under the terms of the Protocol, the Abyei Area was declared part of the states of South Kordofan and Northern Bahr el Ghazal and issues related to it to be determined by the Presidency made up of President Salva Kiir and former Sudanese President Omar al Bashir.

After years of contentions between leaders in South Sudan and Sudan on who is eligible to vote in the referendum, the nine Ngok Dinka chiefdoms took the matter into their own hands by organizing their own popular vote.