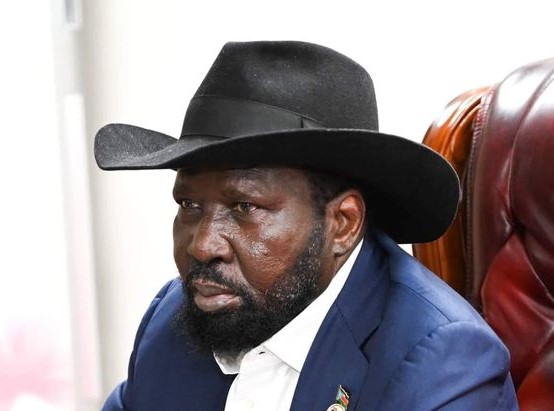 Jonglei and Unity States have experienced a wave of dismissals as 14 officials were sacked by President Salva Kiir on Tuesday 3rd January 2023.

Kiir has revoked the appointment of Amer Ateny Alier as the Speaker of the Jonglei State Legislative Assembly.

Amer was appointed by President Kiir in November 2021 as the State Speaker in Jonglei under the SPLM-IO ticket.

In a republican decree read on the state-run SSBC Tuesday evening, Kiir did not name the immediate replacement of Amer.

The reasons for the changes were not mentioned in the decree.

In a mini reshuffle, President Salva Kiir last evening relieved John Chatim as the Commissioner of Duk County and replaced him with Peter Latjor Chuol.

He also removed Yuot Alier as the Commissioner of Bor County and replaced him with James Tuor Kur.

David Gai Jiejor was however removed from his position as the State Minister of Culture Youth and Sport and replaced with John Yien Kuol.

Kiir also relieved Gabriel Kon Makuany as the State Minister of Information and Communication and replaced him with David Gai Jiejor.

Lam Moses was also removed from the position of the State Minister of Health and replaced with Kai Riek.

Angelina Thomas Gatchol was appointed as the Minister of Cooperatives and Rural Development.

Rarka Machar was removed as the State Chairperson for Human Rights Commission and replaced with Gatiek Both Chiengjok.

Soul Jal Bab was removed as a member of the Conflict Resolution and Reconciliation and replaced with Suleiman Ber Rika.

Others include, Peltek Geng was removed as a member of the Employee Justice Chamber and replaced with Biel Mut.

John Bol Mayak was appointed as the County Commissioner of Mayom replacing James Chuol Gatluak Manime who was killed in July last year.