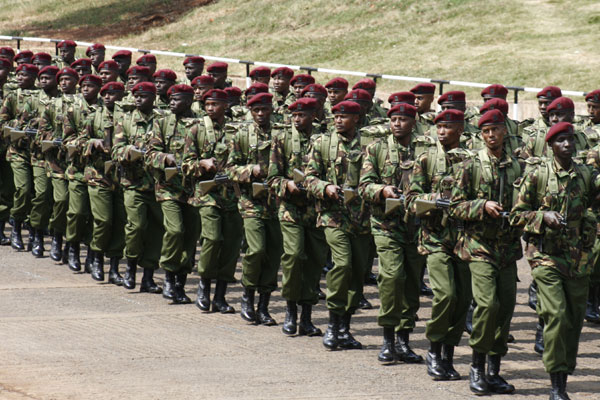 Senators in Kenya have approved the deployment of 310 troops from the Kenyan Defence Forces for a peace-keeping mission in South Sudan.

The Senate, which is the parallel house to the parliament in Kenya, yesterday, agreed to the send the soldiers to join the UN Mission in South Sudan.

The Senate Majority Leader, Kithure Kindiki, who tabled the motion to the house, said the mandate of the forces will be to secure civilians running away from battlefields.

He said they will also ensure the safety of those wishing to move to refugee camps.

The Senators said it was crucial for KDF to be deployed in South Sudan to help quell the insecurity and ensure the country returns to stability.

In December, the UN requested Kenya to send 1,000 soldiers to help secure civilians fleeing from the war zones in South Sudan.

The Kenyan Defense Forces will also join other regional troops in protecting the IGAD’s Monitoring and Verification Mechanism and strategic installations.

Woman told to pay ex-fiancé for breaking his heart