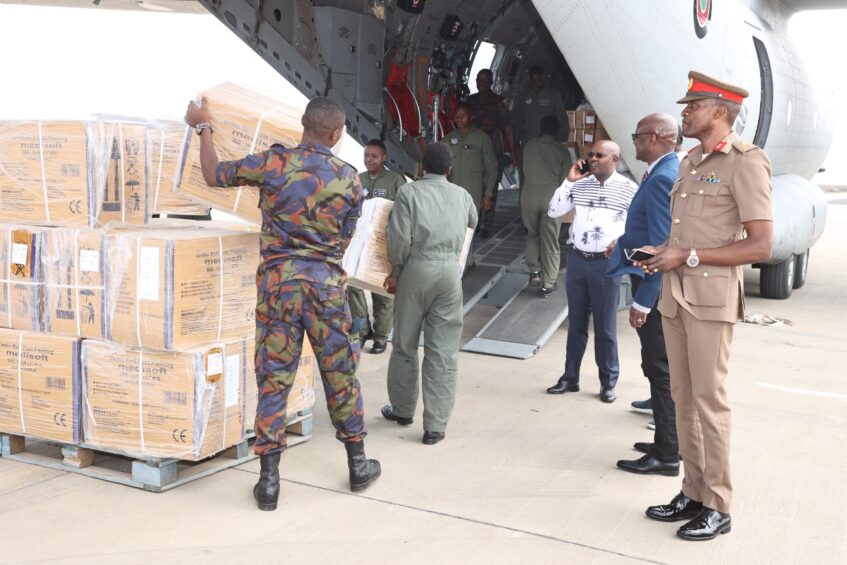 Kenya’s president, William Samoei Ruto has appealed to the government of South Sudan to contain the escalating sub-national violence in the country.

President Ruto made the remarks while announcing a consignment of humanitarian assistance to internally displaced persons in Upper Nile and Jonglei states.

Ruto, a guarantor of the 2018 peace process, said Saturday, that he is concerned by the escalation of violence in the northern part of South Sudan, where women and children bear the biggest brunt of a vicious factional and communal conflict.

“I note with great concern the escalation of hostilities in neighboring South Sudan… The increasing insecurities, violence, displacement and unfolding humanitarian crisis are detrimental to peace and stability of South Sudan and East Africa region as a whole,” says Ruto in the statement.

The Kenyan head of state said he has spoken to his counterpart, President Salva Kiir on Saturday, December 24, asking him and all parties involved to exert their utmost efforts to solve the conflict.

President Ruto tasked the government of South Sudan with facilitating the delivery of humanitarian assistance to the IDPs in Upper Nile and Jonglei.

He further appealed to the international community to urgently provide all possible and relevant assistance to the government of South Sudan “to enable it to address this dire humanitarian situation”.

According to UNICEF, the renewed violence in Upper Nile State has displaced between 22,000 to 40,000 people from Kodok town – West of the White Nile River.

The agency says the escalating violence in the Upper Nile State, is forcing thousands of people – mostly women and children – to flee for their lives as clashes between armed groups surge in Fashoda County, North of the country.