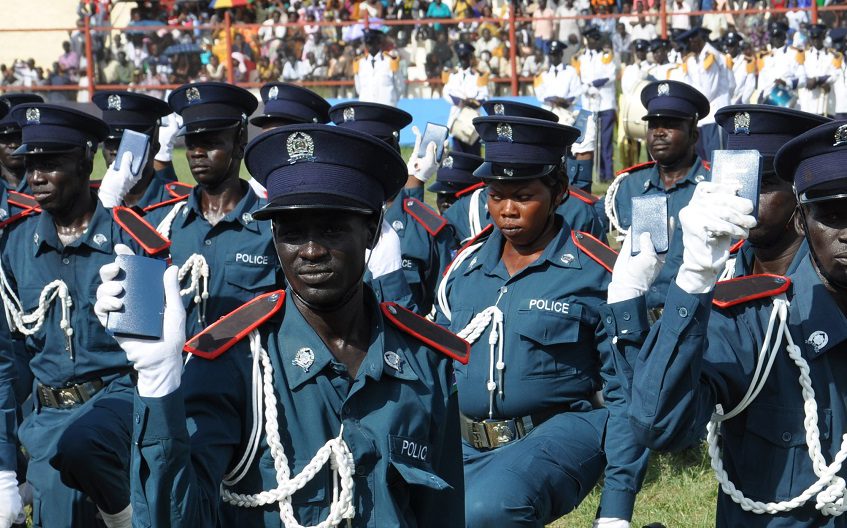 Some motorists have raised concerns over what they called ‘continued harassment’ by traffic police officers in the capital, Juba.

Most of them say the officers from both national and Central Equatoria state have ‘descended hard’ on them along the main roads of the city.

They say the traffic officers now stop them on the roads and ask for documents such as ‘driver’s assessment test’.

According to the motorists, the traffic police officers claim that the document should be obtained by any driver in the capital Juba.

Those who spoke to Eye Radio expressed their frustrations with the move, saying it is another business scheme by the traffic police to extort money from the public.

“I was just caught by surprise like any other driver,” Chan Baniko said.

The motorist says the traffic police told him that the order came from above.

“He said this is just an order from above that every driver in town will have to get one driver’s assessment test.”

“The officer told me it is 13,000 pounds which I paid and when they gave me back the receipt the figure recorded was 5,000 SSP. Meaning that 8,000 SSP has disappeared just amongst them.”

“It does not make any sense at all because once the police give you a valid driving license it means you have already been tested, that is how it works.”

“This is jungle laws, we are not operating in a country where there are rules that are obeyed, even by the officers themselves.”

The motorists went on to urge the newly reconstituted parliament to intervene.

They want lawmakers to question the reasons behind the constant harassment and inconvenience caused by the traffic department on motorists.

“I have experienced quite a number of harassments on the road by the traffic police officers, now they are talking of license certificate.”

Ajah says both her license and the logbook were confiscated by the trafic police.

“I was stopped and asked for the document and I told the traffic officer that I didn’t have the document, when we went to their headquarters there was no justification and it was just this is a document that each driver should be having. They confiscated by license and the logbook.”

“There are some rules that are really unfair to citizens and make us think or regret why you even have cars on the road. They should really discourage a one man decision to advantage of only one person.”

The traffic police department is yet to comment on the matter.

In May last year, the national police service launched a crackdown on indiscipline traffic police officers in Juba.

The operation was to identify and arrest disorderly officers following complaints by the public.

They said the traffic officers used to coerce them to pay bribes.

Other grievances raised by the motorists include intimidation over logbooks and tinted windows.

In 2019, the traffic police department detained 85 police officers and expelled others over abuses against motorists in Juba.

The force admitted that it had been infiltrated by those not to be belonging to the traffic police department.

Many impersonate the service to wrongfully generate money.