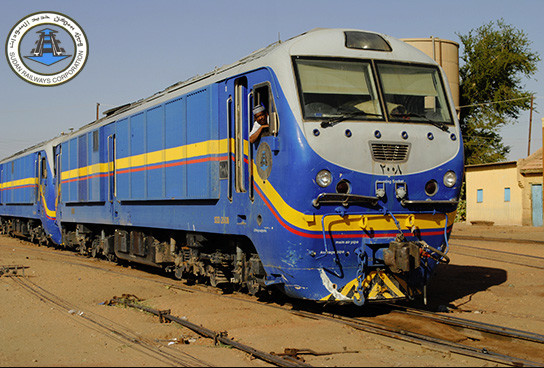 A locomotive of Sudan Railways Corporation at an unidentified location. Photo credit: Curtsey

The Adviser for Presidential Affairs, Costello Garang  Ring is in Khartoum to discuss the reopening of the railway linking Sudan and South Sudan.

Costello Garang Ring who arrived in the Sudanese capital yesterday is currently meeting several senior government officials regarding the only trade route in the Bahr el Ghazal region.

In December last year, a delegation from the Al- Basim Railway Company from Sudan arrived in Western Bahr el Ghazal State to assess and commence rehabilitation works on the railway line connecting the two countries.

The visit by the company followed a memorandum of understanding signed by the government in Juba on the resumption of railway transport.

Upon arrival in Khartoum, Ring told reporters that the two countries are negotiating reviving the railway line linking the areas Babanosa and Wau.

He says the move is envisioned to boost trade and business of the neighboring states.

“This project is very important to South Sudan, and even during the civil war our people were not basing their travels on passports because if they want to travel to Daien or Borum they go without any arrangement”, Ring told the media in Khartoum.

“I have been assigned to re-open the transportation between South Sudan and Sudan and also the business”, he added

The railway ceased operation during the Sudanese civil war in 1991 and briefly resumed operations in March 2010 when it was officially reopened by former Sudanese President, Omar Al Bashir.

It was then closed again in 2011 after South Sudan seceded.