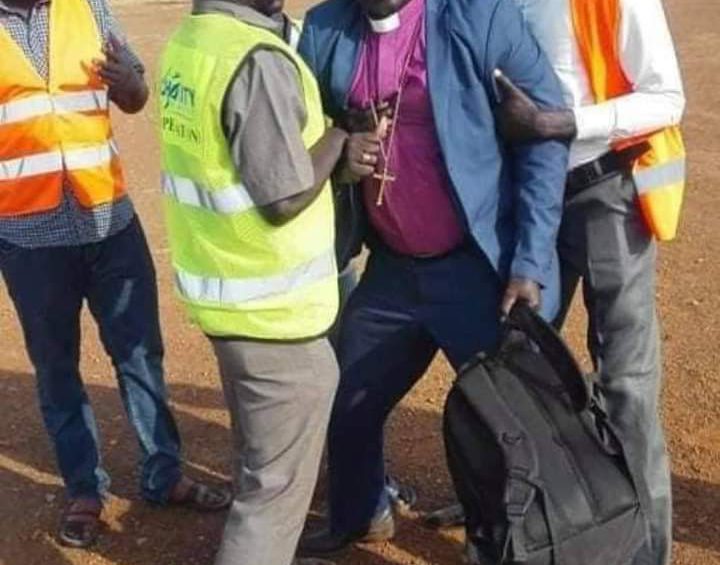 Bishop Thuc Agoth, one of Jonglei State Archbishops refuses denial to Bor Town due to the ongoing conflict at Bor Airport. Photo: Curtsey

Authorities in Bor Town of Jonglei State have ordered two rival archbishops of the Episcopal Church of South Sudan to leave the state capital for Juba with an immediate effect.

The clerics include Moses Anur and Akurdit Ngong of the Jonglei State Internal Province.

The directive comes days after tension heightened following a recent attack on Archbishop Mose Anur by alleged armed men suspected to be supporters of the defrocked Bishop Akurdiit Ngong.

The attackers claim that the bishops, including State Internal Province Appointee of Primate and Bishop Justin Badi Arama settled in a premise owned by a certain community they say do not want them in the area.

The weekend developments triggered tensions which left Bor Town in panic – an event which led to convention of an extra-ordinary meeting led by Acting Governor Tuong Majok.

Among the three resolutions adapted by cabinet seen by Eye Radio, includes the call for the two conflicting bishops to leave Bor Town for Juba to pave way for peaceful resolution of the crises within the clergy.

The cabinet also banned operations of all four ECSS churches in the capital believed to be fueling the conflict.

The sitting enforced a curfew aimed at cracking down all relevant social gatherings linked to the church tensions.

Yesterday, Episcopal in Juba condemned the attack on its three bishops and the recurrent conflicts within the church in Jonglei State.

Primate Badi Arama claims the attacks were triggered by some Jonglei State senior politicians, whom he described as enemies of the clergy.

“We continue to pray for safety of bishops, the clergy and all other workers as they carry on with their duties in Bor town and the whole of Jonglei, Justin Badi said in a statement on Saturday in Juba.

“We therefore, strongly advised the politicians to stop from such acts”, he added.

In response, Bishop Akurdiit’s spokesperson Philip Maluak denied the allegation that men behind the attackers were from their camp.

“There is no any evidence that shows the men of bishops were shot at, there is no evidence. He just lied to the public, how can man of God lie to the public”, Mr. Maluak stated.

Maluak however, revealed that Bishop Akurdiit respected the state government order and has already left Bor for Juba.

In November 2020, the Episcopal Church declared that it no longer recognizes Akur Ngong as the head of all the dioceses in the state.

The church had accused archbishop Akur of violating the ECSS constitution and dividing followers, a charge immediately dismissed by Akur.

About a month later, the High Court in Juba issued an injunction halting the defrocking of the Bishop of Jonglei State Internal Province.

Following his dismissal, the disobedient cleric was seen leading a mass in Jonglei state.

He reportedly mobilized local chiefs to reject his removal and show support for his religious mandate.