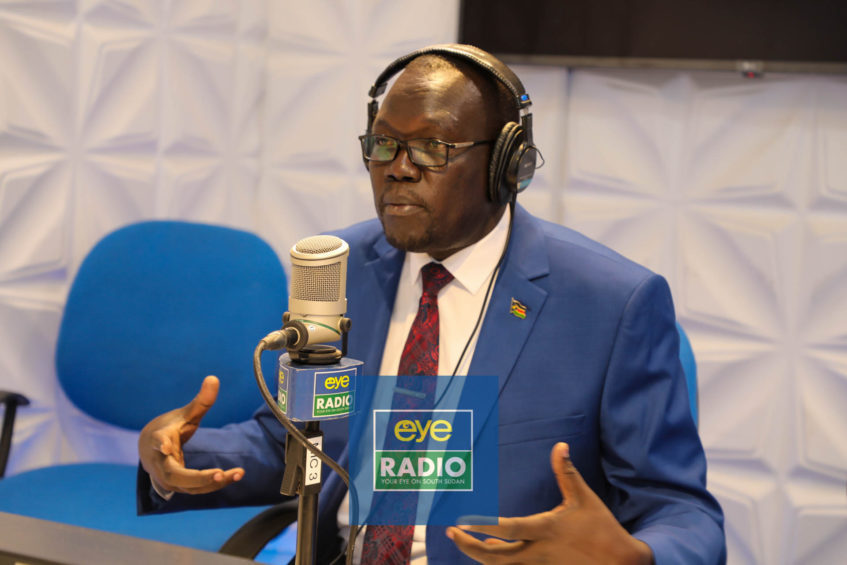 The Mayor of Juba City Council is calling on the public to cooperate with authorities in arresting the notorious snatchers  commonly known as Toronto boys and criminal gang groups alias Niggas.

Early this month, more than ten suspected Toronto boys were arrested by the security.

The crackdown came as a result of the recent incidents in Juba in which a woman died and another injured after they were attacked by the snatchers.

Early last month, 31-year-old expectant mother, Boboya Simon Ukan succumbed to head injuries after she was pulled off a motorcycle at the Seventh-Day roundabout by snatchers.

Two weeks later, a 16-year-old boy, Wichual Ukan lost his left eye after he was reportedly attacked over his phone by the Toronto boys in Juba.

The decision was due to what the council described as mushrooming gangsters posing insecurity to lives and properties in Juba city.

And that, some churches have been causing public disturbances and influencing immoral and criminal behaviors among youth.

Mayor Michael Ladu Allah-Jabu is now calling on the public to help his office arrest those causing insecurity in the town by reporting or identifying suspected criminals in the residential areas.

“We need information, they (citizens) have to inform us whenever there are such particular assemblies of those gangs so that we are abled of course to arrest them”, Allah-Jabu told Eye Radio.

The gang groups and Toronto Boys have been one of the security threats to the residents in Juba.

The unidentifiable motorcyclists are believed to have developed grabbing handbags and other valuable things from the pedestrians on their ways to and from the market since 2014 in Juba.

The grabbers come in two numbers and on one motorcycle, mostly riding in Senke which some people believe have their gears altered, and that no other motorcycle would try to chase and cash them due to its mechanical capacity.

The duo has different functions: one is to ride a motorcycle, and the other is to grab items from their victims’ hands.

Residents in the capital Juba have for over five years suffered accidents and valuable losses to the incidents perpetrated by the young cyclists.

Members of the public have raised several alarms to the government regarding the behaviors, but little or nothing has been done by security forces over the years.