You are here: Home  |  News   |   “It is not Justice ministry”, Makuei clarifies on Vivacell case

“It is not Justice ministry”, Makuei clarifies on Vivacell case 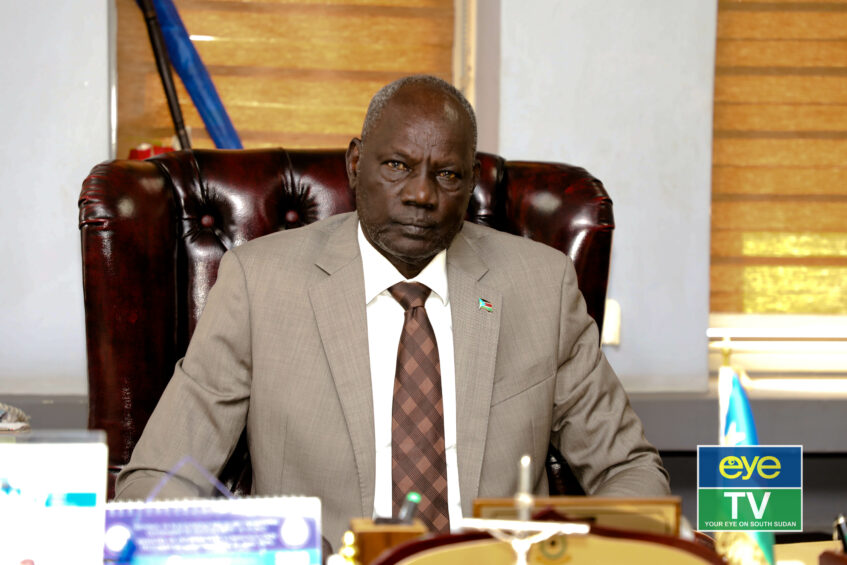 Hon. Michael Makuei Lueth, the minister of Information, during an Interview with Eye Radio in his Office in Juba on Wednesday January 18, 2023 - Credit: Moses Awan/Eye Radio

The Minister of Information says his Ministry is the institution that requested the governance cluster to approve more than 4 million dollars to appeal against a foreign court demanding the country to pay Vivacell 1 billion US dollars in reparation.

Earlier, the Cabinet Affairs Minister, Dr. Martin Elia Lomuro told the State-owned SSBC on Tuesday [January 17, 2023] that it is the Justice Ministry that will be granted the amount to appeal against the case.

Makuei said the Information Ministry only consulted and sought the approval of both the Justice and Finance ministries respectively.

He clarified the matter to Eye Radio in an exclusive interview Wednesday afternoon [January 18, 2023].

“The correction here is that the amount, which is being claimed, which we were fighting against is $1 billion and the $4 million point something which was approved was for the court fees as well as for advocate fees for an appeal against a decision of an arbitrator with whom we had a case with the Vivacell or Al-Fattouch Group.”

Vivacell had sued the government on claims that the Information, Telecommunication, and Postal Services suspended its operation, yet it had the operational license fee that waived every tax.

However, the government still intends to defend this amount of appeal.

Makuei said the deadline for the appeal elapsed on January 16, but the government has requested for more time.