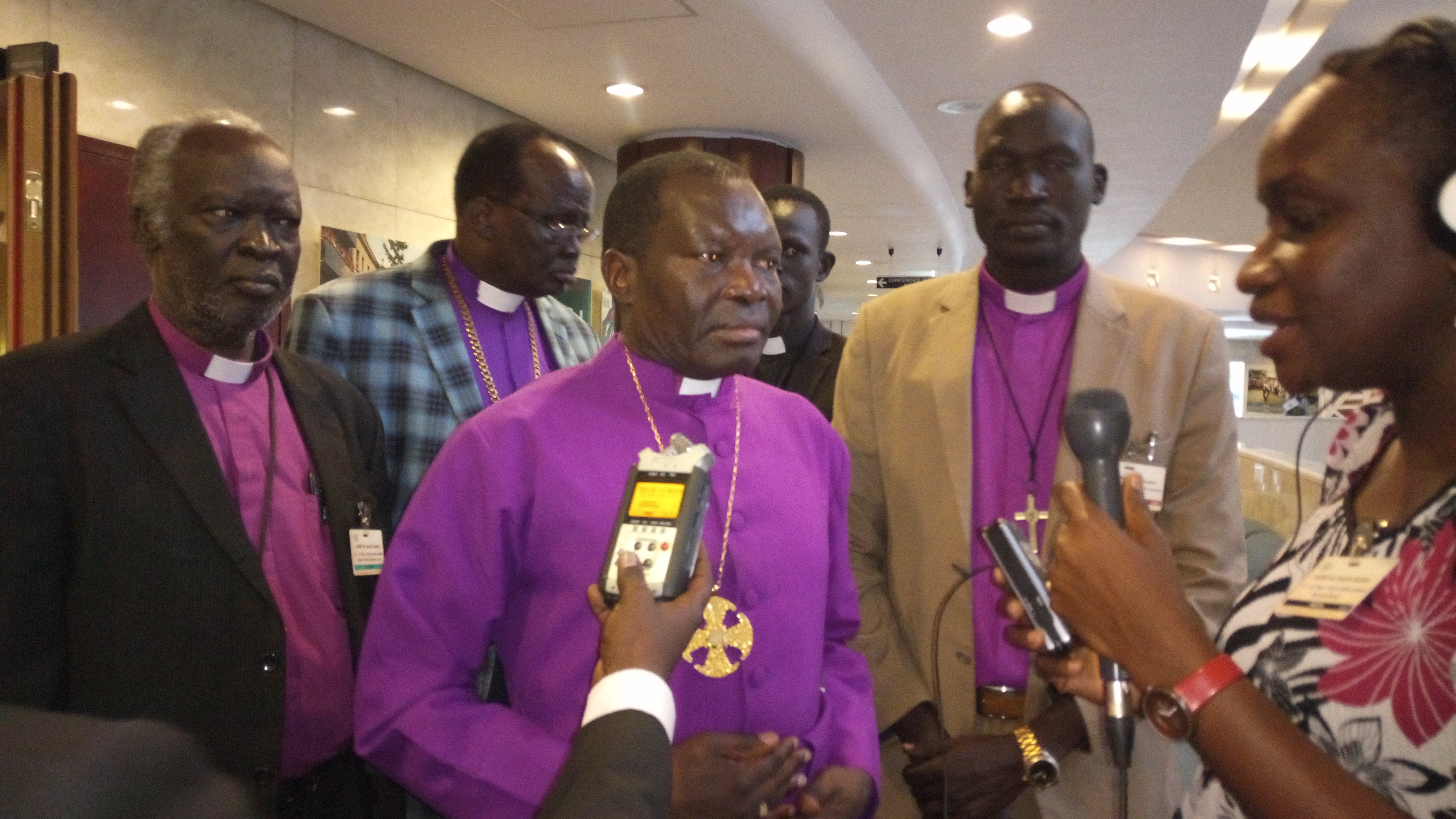 The intra-South Sudanese dialogue in Addis Ababa has failed to resolve the conflict in the country.

According to the Archbishop of the ECS in South Sudan – who chaired the process – IGAD will take over the peace talks, starting today.

The Church first asked to mediate the process, but its attempts did not bear any fruits.

On Monday, IGAD is expected to come up with its proposal to all the parties to deliberate on.

It is not clear for how long this will take, but information minister Michael Makuei told Journalists yesterday that the parties were requested to continue with the talks today.

Archbishop Justin Badi said they have submitted the outcome of the intra-South Sudanese dialogue to IGAD for further deliberation:

“We did not make much progress in it is the governance system and then the structure of governance and the percentage that each party will receive, though the parties have all agreed to form a unified government and to have a presidential system.”

On security, the SPLM/SPLA in opposition says all the forces should be cantoned, including the SPLA, National Security, and Police among others.

“Remaining fundamental matter of the issues of cantonment, the scope of cantonment, and that is an area that we also agree that we will continue to deliberate,” said Angelina Teny, who spoke on their behalf.

However, the government disagrees with the move.

It says cantoning all its forces would weaken the sovereignty of the country.

Dr Martin Elia Lomuro, the minister of cabinet affairs describes this as “unpractical”.

“What we think is reasonable is to canton forces that are close to each other in are of war, where there is war.”