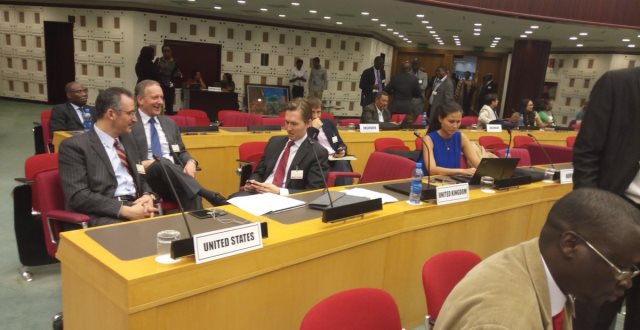 The mediation body – IGAD – has presented its proposed draft agreement to the parties, with the position of the first vice president going to the IO of Dr Riek Machar.

Each party will deliberate on it before they all report back to the IGAD at 2pm tomorrow.

Click here to read the ‘Bridging Proposal’ – HLRF 1 and 2.

This comes after the church on Tuesday released the outcome of the intra-South Sudanese talks that they were mediating.

The parties signed a document strengthening the implementation of the cessation of hostilities.

They handed over the document to IGAD and thereafter it issued the proposals.

On governance, the position of the president will be taken by the government and that of the first vice president by the SPLM/A-IO.

Others are inclusive boundary commission, the transitional national legislature and the question of system of governance.

On security, parties are to agree on permanent ceasefire and cantonment of all forces.

According to information minister Michael Makuei, the parties will discuss the proposals among themselves and report back to IGAD on Wednesday:

“Finally, the IGAD mediation handed over to the proposals on chapter one and chapter two. Andwe will from here move now, go and discuss them and we are supposed to report back tomorrow.”

The report of the parties will be discussed by the IGAD Council of Ministers and then recommendations submitted to the heads of states.