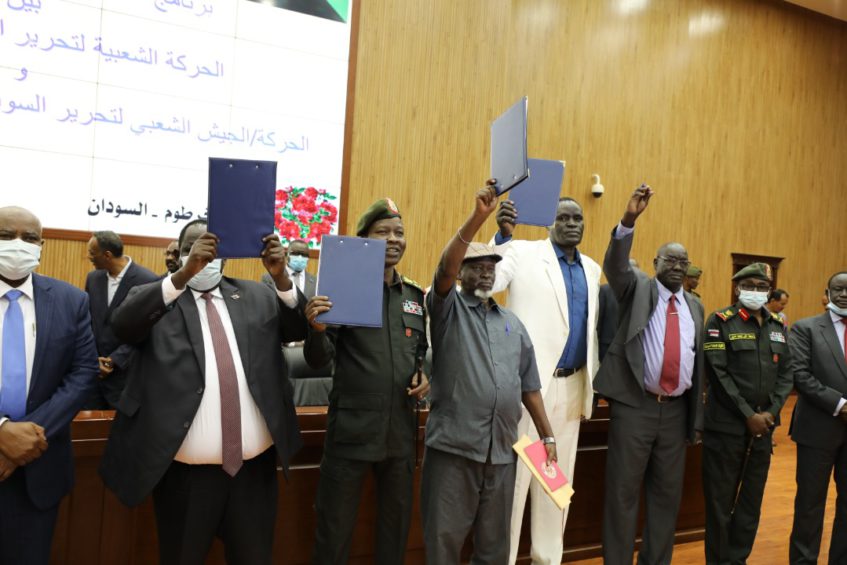 An activist says the Kit-Gwang-SPLM-IG deal in Sudan is a violation of the 2018 peace deal and will impede implementation of the ongoing security arrangements.

On Sunday, the chairman of the SPLM/A-IO of the Kit-Gwang faction, General Simon Gatwech Dual and his deputy signed two separate agreements with President Kiir’s party in the Sudanese capital, Khartoum.

The agreement stressed on the status of forces and maintaining the 2018 permanent cease fire agreement.

One of the articles, provides for the establishment of coordination offices in Jonglei state’s capital Bor and Upper Nile’s capital Malakal to enable for the reintegration of the forces into the SSPDF.

Chapter two of 2018 peace accord prohibits defection and further recruitments by parties to the agreement.

But defections have been persistent since the deal was signed in 2018.

Edmond Yakani is the Executive Director of the Community Empowerment of Progress Organization.

He stated that the defection by the Kit-Gwang group from the main opposition, SPLM-IO, will derail the security arrangements that includes unifying the command structures and graduation of the unified forces.

He added that “the Kit-Gwang, new command structures has been brought in and new ranks emerged and that is going to complicate the element of reaching a consensus”.

In August 2021, the kitgwang group announced Dr. Riek Machar’s ouster – claiming he no longer represented the interests of the group.

There have been reports of deadly fighting between their forces and those loyal to Dr. Machar in Magenis area in Upper Nile State where the group is based.