You are here: Home  |  Economy   |   Hundreds of cargo trucks arrive Nimule after weeks of protest

Hundreds of cargo trucks arrive Nimule after weeks of protest 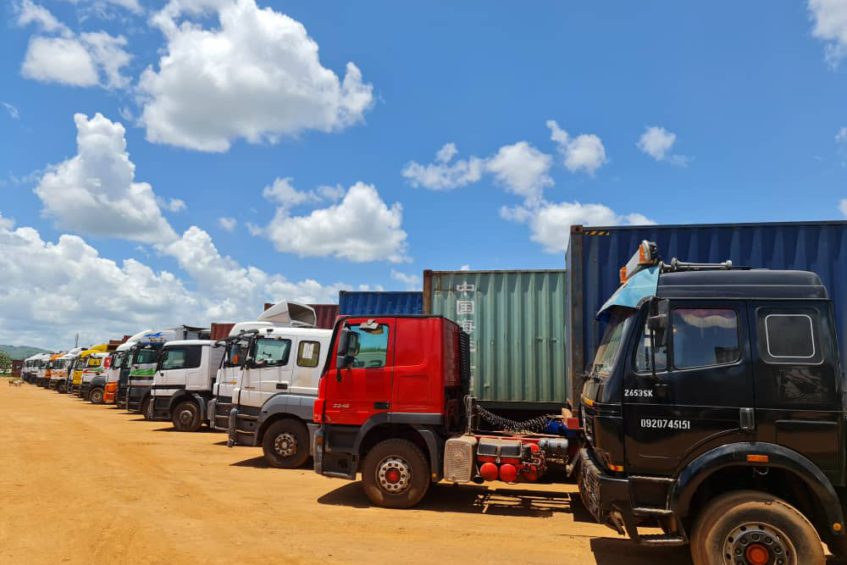 More than 400 cargo trucks have arrived the border town of Nimule days after Kenya and Uganda removed the Covid-19 retest barrier.

This is according to Daniel Deng, a clearance agent at the Nimule customs.

The Kenyan and Somalis truckers had protested a mandatory Covid-19 testing at Uganda’s Malaba and Busia entry points two weeks ago.

But the dispute was resolved after South Sudan’s Deputy Foreign Affairs Minister, Deng Dau met with authorities in both countries last week.

The Uganda government also helped end the dispute between South Sudan Trade and Industry Ministry and the Kampala-based IVESCO Company which insisted to charge traders for an electronic tracking system service despite a suspension order.

“We have received cargoes in big numbers, those ones that were standing at Malaba and Mombasa. I cannot give you the actual number we have received so far, but I think the estimates is 400 cargo trucks,” he said.

According to him, more trucks are yet waiting to clear from the Ugandan side of Elegu in order to cross into Nimule.
Deng went on to say “We the clearing agents are also working very hard so that we don’t cause any delays in the custom clearance and also in the transit of the cargoes going to Juba.”