You are here: Home  |  News   |   Health situation deteriorates in Abyei 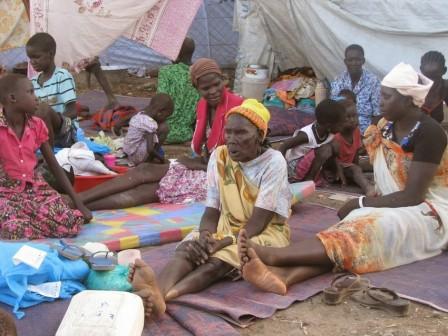 Authorities in Abyei say the health situation in the area is worsening.

The Mayor of Abyei Town says Non-Governmental Organizations find it difficult to access the area to deliver health services due to bad roads.

Nyankwac Ngor says there are only two doctors in Abyei town that cannot serve the whole population.

“One [doctor] in Agok and one in Abyei area and Agok is very, very crowded because many of us are in Agok,” Ms Ngor described their situation.

She says the roads have been destroyed by the rains.

“If there is a good road, the drugs can go to Abyei.”

Ms Nyankuac says the medicines provided by the government of South Sudan are not enough for the people in the area.