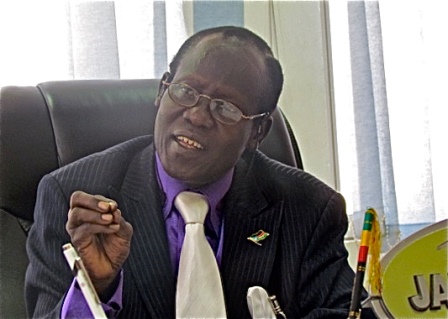 Six bodyguards of Vice President Dr. James Wani Igga have been shot dead in a road ambush in Lobonok, according to his press secretary.

Kalisto Lado said two other soldiers were wounded in the Wednesday afternoon incident.

The Toyota land-cruiser belonging to the Vice President for Economic Cluster was reportedly ambushed along Juba-Lobonek road.

Lado confirmed to Eye Radio that one SSPDF officer was among the bodyguards killed.

He also said the attackers abducted another officer.

“The vehicle was heading to Capato from Vice President Headquarters and then there, they were ambushed,” he added.

The motive of the attack is not clear.