You are here: Home  |  Education | Featured | News | States   |   Gov’t urged to promote learning of mathematics and science in schools 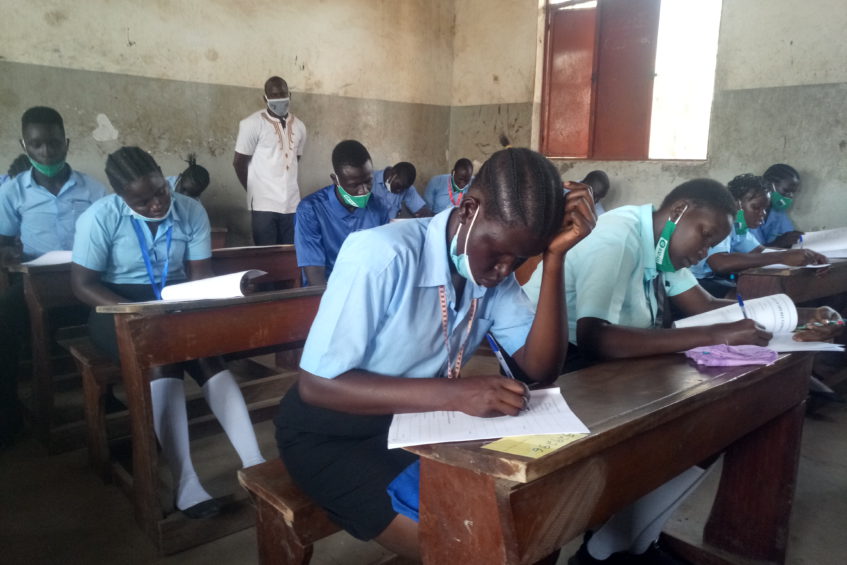 The Japan International Cooperation Agency has called on the government to promote teaching and learning of mathematics and science in primary schools in South Sudan.

The workshop focused on presenting the outcome of self-learning materials, and to share the experience and lessons learnt to promote teaching and learning of mathematics and science in the country.

For the last 13 years, the Ministry of General Education and Instruction has observed low performance in mathematics and science among primary school pupils in the country.

In 2009, the government with support from JICA initiated a pilot project known as Strengthening of Mathematics and Science Education in South Sudan.

The project was meant to improve learners’ academic performance in mathematics and science through development of student teachers as well as tutors of Teacher Training Institutes.

This was to be realized through the Mathematical and scientific concepts to daily life and encourage a positive attitude for mathematics and science.

Sagara Fuyuki, the Chief Representative of Japan International Cooperation Agency in South Sudan says Japan has been supporting the Ministry of General Education and Instruction to improve learning and teaching of science and mathematics in the country.

“JICA has been focusing on the support in terms of science and mathematics improvement in the primary schools of South Sudan and this collaboration has continued for the last 13 years from 2009,” Fuyuki said.

“Because of Covid-19, many of the children could not attend [the lessons] of course the school was closed.

“The Ministry [the Ministry of General Education and Instruction] and JICA came up with the idea to compile the very illustrative materials which children can learn and enjoy in terms of science and mathematics.”

Over the past years, the government through its strengthening of Mathematics and Science Education in South Sudan believe that to make mathematics fun requires logical steps and show meanings behind steps in mathematics.

Other steps include, to make contents simple using simple language, illustrations and diagrams, make learning mathematics from simple to complex, and give exercises at the end of each topic is among the new approaches.

For science, the Ministry of General Education and JICA believe that to make science fun requires encouragement to develop scientific knowledge and skills.

For Mathematics, the content of each topic covers Number, Fraction, Decimals, Ratio and Proportion and Geometry.

While science includes Plants and Animals, Matter and materials, Light and Heat, Electricity and magnetism among others.

The officials say this can be achieved through observation, comparison, group discussion, project, experiment and using materials easily and improvise as well as use simple language.

Richard Kinosa, the headmaster of Gracia Nursery and Primary school in Yambio says lack of experimentation and reluctance by the learners are some of the contributing factors to poor science and mathematics performance in the country.

“The performance of learners in terms of science and mathematics has been so poor because learners lack some concepts in those subjects,” Kinosa said.

“We are going to go back and implement what we have learned. We are going to make learning of mathematics and science in our schools a practical work. We have received the skills, they told us that we are going to have the equipment for the laboratory.

“We have been giving only theory but when we go back to our schools, we will take our learners to the laboratory. For example, we have been teaching about flowering plants, you need to take the learners outside, let them see the flowers by themselves, and know the parts. So it will help them memorize then give them only theory.”

“The students are always active but the only problem facing us is time and also some students are not given enough time to read by their parents who don’t understand the importance of science and mathematics,” Akol said.

“We teach the normal subjects in the school, they do score but the others [mathematics and science], have been difficult for students to understand.

“We will orient them, we will tell them the function of this [SMASESS] strengthening of mathematics and science education in South Sudan as long as they will understand it.”

Sagara Fuyuki, the Chief Representative of Japan International Cooperation Agency in South Sudan stated that science and mathematics is the basis of every aspect of life.

“Science and mathematics are always critical subjects in all the countries. If you want to do the business, you need to calculate, you need to know the mathematics,” Fuyuki said.

“If you want to survive effectively in that country, you need to know about the nature of that country.

“Our materials were made not to copy from other countries but they are elaborate, taking the real nature of South Sudan.”

For his part, John Sebit Andrea Ladu, the Director General of teachers Development and Management Service at the national Ministry of General Education and Instruction asked the teachers to take learning and teaching of mathematics and science as a priority in their schools.

“The teachers are expected to go and disseminate what they have learned here and carry out more training with their teachers in the respective states so that they are able to teach mathematics and science in their respective schools,” Sebit said.

“If they really concentrate on the materials produced and they are going to take those materials with them, definitely I think it will be something very good.”

The participating States are expected to organize an interschool’s quiz competition in Mathematics and science to improve learners’ academic performance.

According to the Program for International Student Assessment, a worldwide study by Organization for Economic Cooperation and Development 2018-2019 assessed nearly 80 nations of 15-year-old students’ scholastic performance on mathematics, science and reading placed China and Singapore on top list.