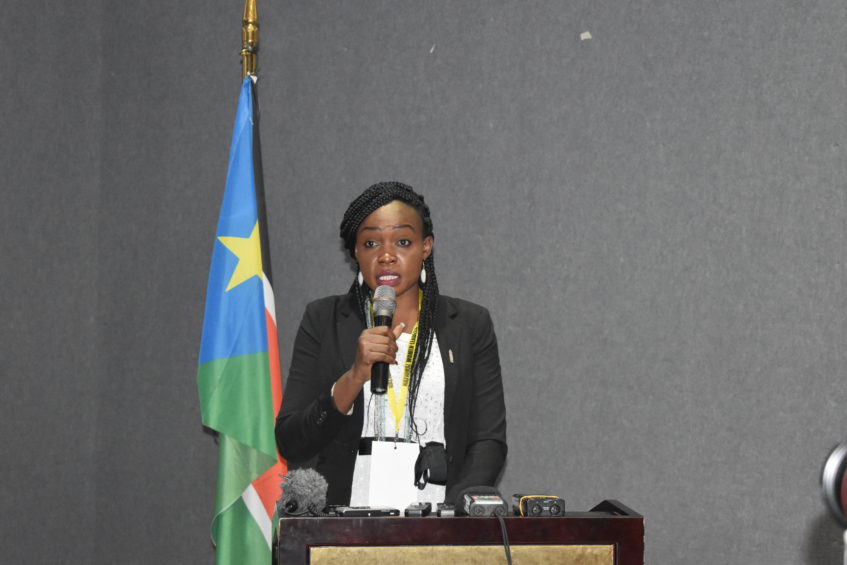 Women leaders in South Sudan have called on the government to create an enabling environment for women to enjoy peace.

The women also echoed calls for an end to intercommunal violence across the country.

There have been reports of violent clashes in the recent past across the country involving armed youth from rival communities – over cattle, child abduction, and revenge killings.

The calls were made during the second National Women Leaders Conference that kick-off in Juba on Tuesday.

The conference organized by EVE Organization for Women Development is under the theme “embracing the past: paving the way for sustainable peace in South Sudan.”

There are over 120 women from across the country who are attending the two-day conference.

The delegates are expected to discuss progress made in the women participation in peace and security, implementation of revitalized agreement and identify areas that need strengthening for effective women’s participation in nation building.

In her remarks, Rita Lopidia the Executive Director of EVE Organization for Women Development expressed concern over the continuous insecurity in some parts of the country.

She urged the unity government to create an enabling environment for women to enjoy the dividends of peace.

“We are concerned with the increased insecurity in some parts of the country, the increased intercommunal violence, the continuous displacement due to flood is creating humanitarian emergency,” Lopidia told the conference on Tuesday in Juba .

“Women in South Sudan desperately want to see peace dividends. We have to improve security, better education, better health facilities, improvement in socioeconomic status of women, and inclusiveness in the transitional government.”

For her part, Enike Amina Wani, a conference delegate from Terekeka County of Central Equatoria state says women suffer most in the conflict.

“It should be taken up to Boma level, so those down there can experience the same peace that people are talking about here. We can talk about the peace but at the ground there, people are suffering.”

Mary Yata Romano, a former gender advisor of the defunct Tambura state raised concerns over the poor conditions of the road networks.

She asserted that this make it hard for women to have effective involvement in nation-building.

“As we speak now, most of the major roads in South Sudan are not accessible due to insecurity. Going by road to Tambura is risky now Peace is important and peace must prevail,” Mary said.

The delegates in attendance are women leaders drawn from the national and state governments including lawmakers, civil society activists, among others.