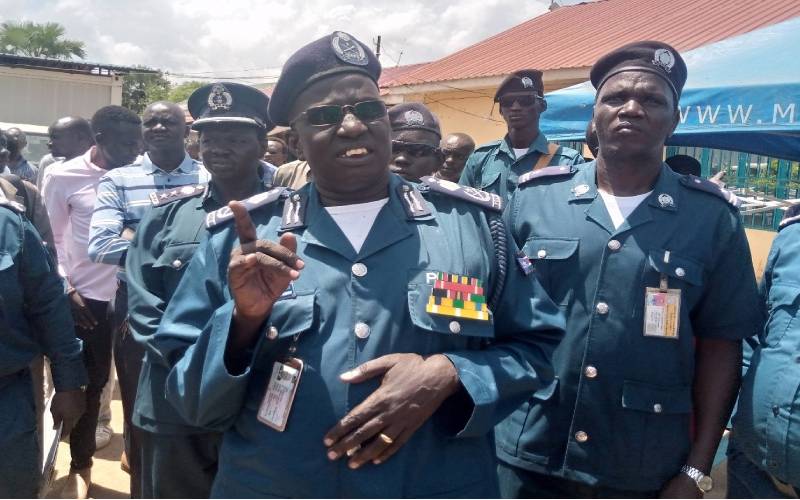 The Department of Nationality, Passports and Immigration is planning to extend the period of validity of passports from five to ten years to reduce printing and refurbishment costs.

Lt. General Atem Marol Biar, the department’s director said he has submitted a request to the relevant institutions to deliberate on, and decide whether to implement or block the idea.

“For the issue of extending the passport for a period of ten years, we have submitted our request to government,” said Marol while speaking on the International Day of Identity.

General Marol said it costs the government 19 US dollars to print a single passport booklet, which is in turn issued to the public at only 6 dollars.

According to him, the government is losing 13 dollars for every printed passport and therefore they have weighed on increasing the validity period of passports.

“We used to buy the passport by 19 dollars and sell it out by 6 dollars that is great loss,” he said to reporters.

Members of the public have often criticized the department’s delayed issuance of passports and national identity cards, with its German technology provider known for threatening to shut down the system over failure to pay bills.

In 2017, the Department of Passports and Immigration said it had stopped giving out passports due to technical problems.

Former Deputy Finance Minister Ambrose Thiik Thiik said at the time, that the passport and national identification server had been blocked by its host, Germany’s Muhlbauer, after the government failed to pay an annual software license fee of around $500,000.

Last month, City Review newspaper wrote an intriguing article titled ‘Passports Headache: Why you need to be sick to get a passport in S. Sudan.’

The article captured the scramble of travelers, students and sick people who have to wait against time or miss their flights even after spending thousands in bribing middlemen at the immigration.

However, General Marol said a few weeks ago, that the government has acquired enough national ID cards and passport booklets to last for the next two years.

The immigration official also said the department must cease issuing of diplomatic, official and special passports free of charge.

“The other problem we have here is the diplomatic, official and special passports. We used to give them for free and the one who responsible is Ministry of Foreign affairs.”