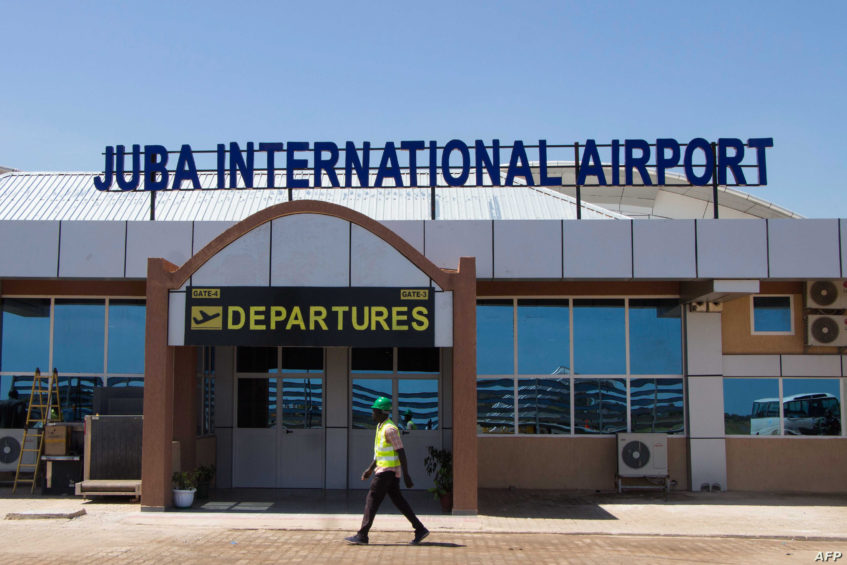 The government has laid out plans to extend the Juba International Airport terminal to accommodate both civil and international flights.

This was revealed during a meeting between President Salva Kiir and the Minister of Transport Madut Biar on Friday.

The transport minister briefed the president on issues hindering the transport sector – and the process to cementing government’s control of the country’s airspace.

“We discuss a number of issue, and the main thing was the air trafficking management system that building the system allow south Sudan to control the lower and upper air space,” said the minister.

Madut said the new projects include the construction of the Juba Air Traffic Management System, a new Air Traffic control tower, and an operation building.

“The project is progressing very well. 80-85 percent of the civil work has been completed by the contractors, and 90% of the equipment of this project is in the side in Juba and the tower is almost complete.”

Speaking to the state-owned broadcaster – SSBC, Madut said the meeting also discussed renovating River and Railway transport to ease transportation in the country.

He further said the ministry plans to extend airport terminals into the domestic terminal and international terminals to create enough space in the Airport.

Madut Biar Yel called on the ministry of finance to release funding for the completion of the remaining stages.

This is in compliance with the latest International Civil Aviation Organization safety guidelines, government regulations, and best practice.