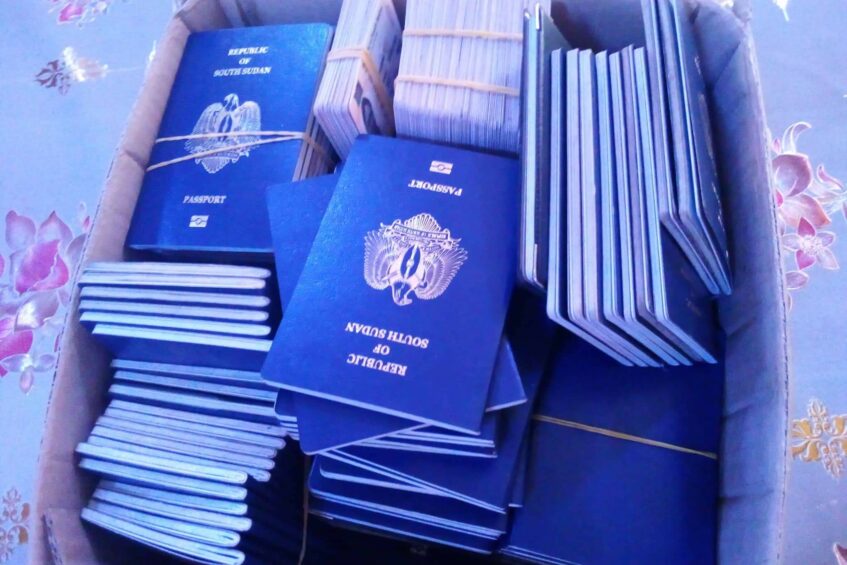 Abandoned South Sudanese Passports that were handed over to the Immigration and Passport Department last week.

The Directorate of Civil Registry, Passports, Nationality and Immigration has increased the charges of different categories of passports, national certificates, and national identity cards.

During a press briefing in Juba on Tuesday, the Director of Passports Maj. Gen Cyer Mayar said the decision is part of the implementation of the new financial act 2022/2023.

“These letters serve to inform that the new financial act 2022/2023 increment charges are going to be implemented effective tomorrow, November 30th as directed by Lt. General Atem Marol Biar, Director-General of Civil Registry, Passports, Nationality and Immigration,” reads the notice.

Meanwhile, regular passports for children have increased to SSP. 33,190.

The business passport fee is SSP. 165,950, and diplomatic passports and special passports are 132,750 South Sudanese pounds.

The immigration department has also laid out charges for acquiring South Sudan citizenship.