You are here: Home  |  News   |   Gov’t allocates a thousand tractors to farmers 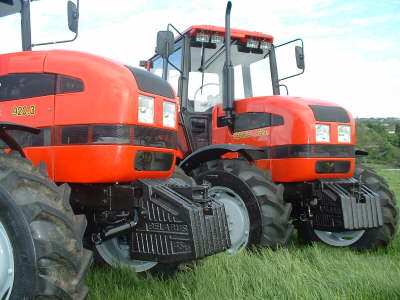 The government has allocated 1,000 tractors to farmers to improve agriculture production this season.

The council is chaired by the President, and the Minister of Agriculture as the Secretary.

During the launch, President Kiir said the tractors will be given to farmers to facilitate cultivation.

“It is in light of fact that we have decided to launch the Republic of South Sudan Food Security Council today to improve food availability and enhance nutrition in our country in collaboration with other stakeholders, including the private sector, civil societies, community and the development partners,” said President Kiir.

The President also called upon the public to engage in agricultural production in this rainy season.

“Activities which are destructive to farming effort such as playing carts and dominoes are banned during this period because when people go and play, they don’t produce,” he said.

“And this non-production of everything has actually intensified the relief food syndrome where people would want to eat free food without producing. We would not want these things to continue, and the young people who are doing these things must be told the truth.

“I wish to take this opportunity to suggest to the Republic of South Sudan Food Security Council to consider whether out local courts should be postponed during cultivation period and resumed in the month of September except for hunger related cases.”

President Salva Kiir also urged the council to submit a proposal as to whether Saturday should be dedicated to farming activities – especially for the working class all over South Sudan.

President Kiir also urges communities living along the river banks to use irrigation as a means of farming.