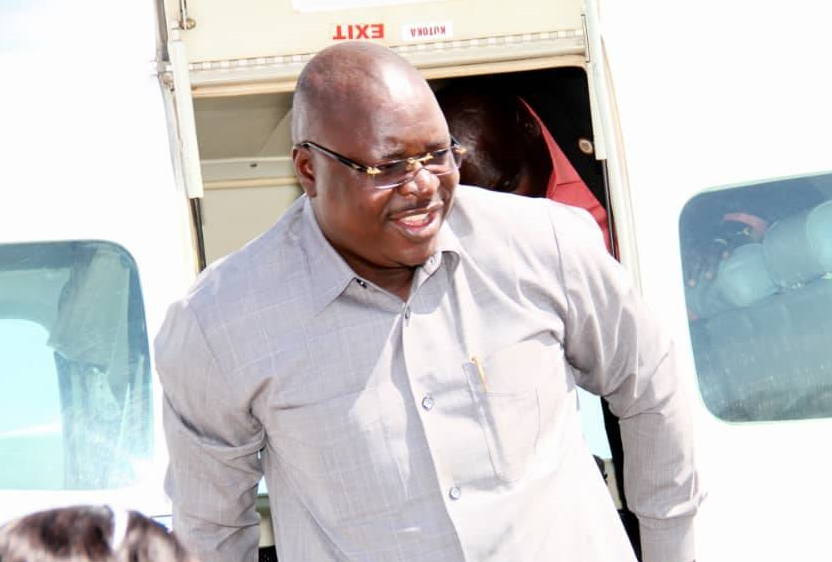 The governor of Central Equatoria State Emmanuel Adil Anthony has appealed for better relations with authorities in the West Nile region of Uganda, to improve security and trade at the border.

On Thursday, Governor Adil led a huge delegation of ministers, lawmakers, security officials, and diplomats to the southern neighbor to meet local authorities on security, cross-border and trade-related issues.

The governor’s delegation visited the districts of Yumbe, Koboko, and Moyo to mend ties and preserve border peace, as activities of armed groups threaten free movement and trade between the two countries.

Speaking during a meeting with authorities in Yumbe District, Adil called for close security and administrative coordination with the West Nile Districts.

“This meeting seeks to identify issues that have pulled us back and develop modalities that are workable and consistent with the dynamic of our nation’s politics and guidance,”  he said.

“We should no longer stick to grueling obstacles that obstruct our border coexistence but rather seek to engage ourselves in cross-border trade and investment to promote economic growth and sustainable peace and security.”

Security along the southern border of South Sudan and Uganda has deteriorated over the years, due to the heavy presence of armed groups and occasional, but deadly clashes between regular troops.

However, Governor Adil said the two neighbors have a lot to benefit from each other in time of peace.

“We have a lot to benefit from as brothers and sisters. We just need to avoid granting opportunities to people who are fighting for open windows to exploit our resources, destroy our environment, and put our lives and the future of our nations at risk.”

A late Sunday morning statement posted on the governor’s official Facebook page confirmed that Adil and his entourage have jetted back to Juba, after a successful bilateral engagements in the neighboring Uganda.

The statement also said the governor held numerous engagements with various Stakeholders on issues of great concern and described his mission as “efficacious.”