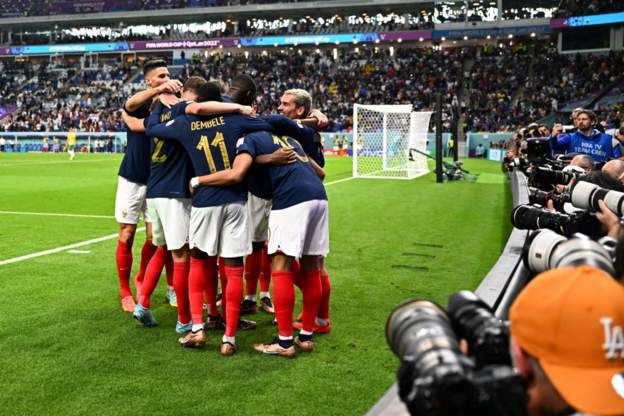 France came from a goal down to win over Australia with four goals in their World Cup campaign as Giroud scores twice to equal Henry’s record as France’s all-time top scorer with 51.

Goodwin had given Australia a shock early lead,  but Rabiot leveled it in the 27th minute. A header from Giroud five minutes later put France in the lead before Mbape’s 68th and  Giroud’s second goal at the 71st -minute.

France will face tougher challenges but they showed good character to come from behind and looked excellent at times tonight.

Abyei man: Deng to languish in jail after defiling minor