You are here: Home  |  Humanitarian | News | States   |   Fears as hundreds cut off amid flash flood in Yirol West County 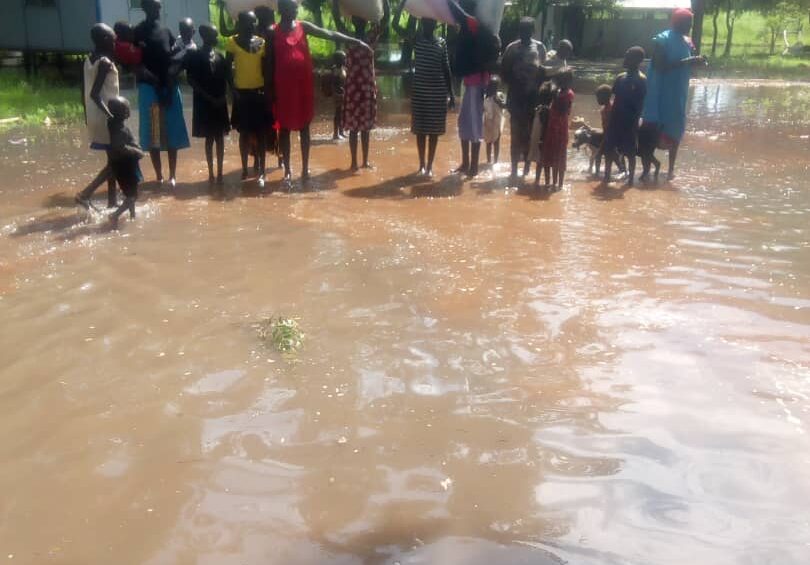 Hundreds of Ahier Boma residents have been cut off from basic services after flash floods submerged several villages in the area, the authorities there have said.

Heavy downpours in Yirol West County have reportedly caused the Payil River to overflow, displacing an unspecified number of residents living near its bank.

According to John Beny, the area administrator, many of his residents have sought shelter on the main roads linking the area to Yirol town.

“The main thing is they need shelter, food, and mosquito nets because mosquitoes are causing malaria.”

He added that women and children are suffering from malaria and there are no drugs to treat them.

“Most of the children are suffering now and when they are taken to the [health] facility, they are tested malaria positive, but without drugs.”

Efforts to supply drugs to the affected population have been hampered by inaccessible roads.

“There is no way drugs could come. Even the cars are not moving through Yirol to Rumbek [because it is] full of water.”

Two weeks ago, the government declared flood-affected parts of the country as national disaster areas and appeals to humanitarian organizations and well-wishers to render assistance.