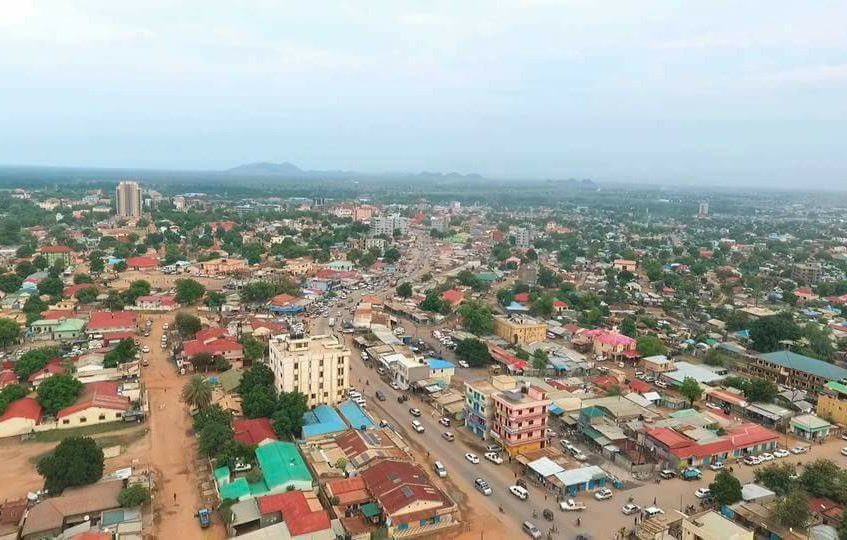 A teenage mother who is a victim of forced marriage said she was married off to a wealthy man by her parents to build a house.

Marth not her real name told UNICEF child reporter that she was coerced by her parents to marry a man in exchange for dowries.

16-year-old Martha, who is nursing a six-month-old baby, said she was interested to continue with her education, but her parents give-in to an old man’s proposal to marry her.

Being the only daughter to her parents, Martha said her parents wanted dowries to build a decent house and so they gave her away to the wealthy man.

“The man came to our home and said he wants to marry me and my parents agreed. They told me it is a must for me to be married,” Martha said.”

“I was not interested in being married. I had an interest in school. But they forced me because of dowries and the money so that they could build a nice house and many other things, yet, I am their only daughter.”

Martha’s dream was to become a medical doctor and build a specialized hospital for children and those who can’t afford quality health services in South Sudan.

But her vision has been truncated by her parents’ greed for commercial gains.

Martha is calling on South Sudanese communities to end forced marriage saying it is inflicting more suffering on girls.

“I encourage parents and communities in South Sudan to stop forcing their girls to get married because of dowries,” she said.”

We are girls not dowries. Even though you have crises, never add us to your own problems. It’s true you may benefit but girls will suffer a lot.

The former undersecretary in the Ministry of General Education, Michael Lopuke, has condemned the act saying the decision is irresponsible.

He says he is saddened by Martha’s story.

Mr. Lopuke pointed out that it was wrong for Martha’s parents to marry her off for the sake of owning a property.

“I feel so sad that a responsible parent can give away her daughter in exchange for cattle or money or being promised to build a house or any other good things just because they want property and do not see the value of a girl,” Lopuke said.

Lopuke adds his voice to Martha’s call on parents and communities to cease forced marriage to allow their daughters to go to school for their brighter future and the country’s.

“It is good for every parent to allow his or her daughters to go to school. By doing so, the girl will be responsible enough to be able to help the society in many ways,” Lopuke said.

“I remember, she was talking of becoming a medical doctor where she will be able to help the other people in South Sudan and to treat them for free and this is a good dream.”

The 2011 transitional constitution of South Sudan stipulates that no marriage shall be entered into without the free and full consent of the man and woman intending to marry.

Although the legal age of marriage is 18 in South Sudan, the law is rarely enforced.

According to the U.N. children’s agency UNICEF, more than 50% of South Sudanese girls are wed before their 18th birthday.

South Sudan on Jan 23rd, 2015 ratified the Convention on the Rights of the Child which clearly states that children have the right to protection from harm, including child marriage.

Despite this, UNICEF says South Sudan is one of the countries with deeply entrenched cultural practices and social norms linked to gender. Child marriage is further fueled by poverty.

It stated that girls are married off early for the family to collect dowry.

Aside, low levels of education and lack of knowledge about the harm caused by early marriage further exacerbates the situation.