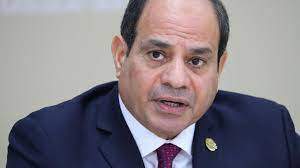 The President of the Arab Republic of Egypt Abdel Fattah El-Sisi has expressed sadness on the passing of Minister Manawa Peter on Sunday.

In a statement seen by Eye Radio, El-Sisi said he sends a message of condolence and sympathy to President Kiir and his first deputy on the abrupt demise of Manawa Peter in Egypt.

The official spokesman for the Presidency of Egypt stated that Manawa Peter was a patriot who devoted his life for his country.

He added that Manawa “was very keen to maintain communication and joint work with Egyptian officials to coordinate positions on issues of common interest, which contributed to strengthening relations between the two sisterly countries.”