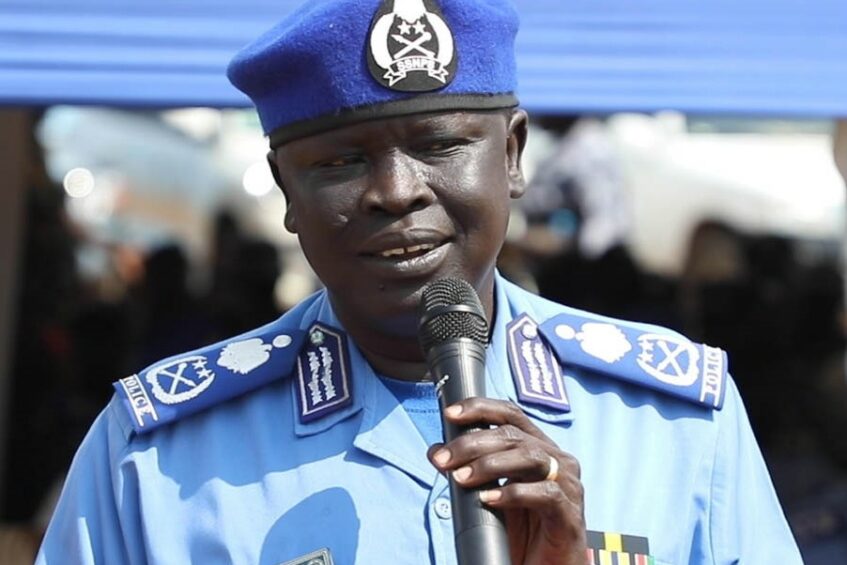 The Inspector General of Police has warned officers against drinking alcohol while on duty during the festive season.

Some soldiers and police personnel often appear to have taken alcohol while on duty along the street of Juba during night hours.

Medical experts have often advised that over time, excessive alcohol use can lead to the development of chronic diseases and other serious problems including high blood pressure, heart disease, stroke, liver disease, and digestive problems.

He was addressing more than 7,000 joint security forces at the police headquarters in Juba this morning.

“We don’t want you to go and ask for cigarettes from anybody. If you have money, don’t drink alcohol, don’t say yes this is the day of celebration and you go and drink alcohol,” said Akech.

“I don’t drink alcohol, I don’t smoke cigarettes, I don’t take tea or drink soda, and there might be some people out there who are doing all of what I have just mentioned, but what makes them better than me, we are the same, it won’t make you a better person,

In 2016, research carried out by the Norwegian University Cooperation Programme for Capacity Development in South Sudan, showed that the rate of use of alcohol is high, despite decades of civil war and poverty.

According to the research, lack of regular income and psychological distress were the main risk factors for alcohol abuse in the country.

In September 2016, research showed that the rate of use of alcohol in South Sudan was high, despite decades of civil war and poverty.

The survey also revealed that alcoholism in South Sudan was at the same level as in other countries in Southern Africa.

It was carried out by the Norwegian University Cooperation Programme for Capacity Development in South Sudan, with funding from the Norwegian government.

More than 500 people, mainly adults between 18 and 35 years of age, were randomly contacted in the north-western part of the country and in Juba.

The participants were put into three categories: “Low-risk drinkers”, “Harmful or hazardous drinkers” and “Not current drinkers”

A questionnaire was also administered to all participants, which included their gender, age, areas, marital status, level of education, employment status, and income, among others.