You are here: Home  |  News   |   Dinka, Nuer chiefs agree to hold a peace dialogue in Juba 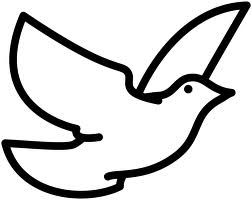 Chiefs from the Dinka and the Nuer communities have agreed to conduct a reconciliation conference in Juba.

The community leaders are said to have pledged to conduct the first peace conference in Juba, before moving it to other places in the country.

The initiative is aimed at encouraging peaceful coexistence between the two communities.

The Chief of the area called Jebel Dinka in Juba; James Aguer, told the press that the motive behind the reconciliation conference is to build trust between the two communities.

“We’ve agreed with many of leaders of the Nuer community inside UNMISS that we should organize a big reconciliation conference that will include Dinka chiefs, Nuer chiefs, and Bari chiefs, Mundari chiefs and chiefs from other communities,” said Mr Aguer.

He said this will encourage people displaced to return to their homes.

These will be chiefs from all the areas in Juba, like in Manga Ten, Mia Saba, Eden area, Jebel Dinka area, Kur Williang, Giada area, and all the areas that the people from Nuer community lived in Juba.’’