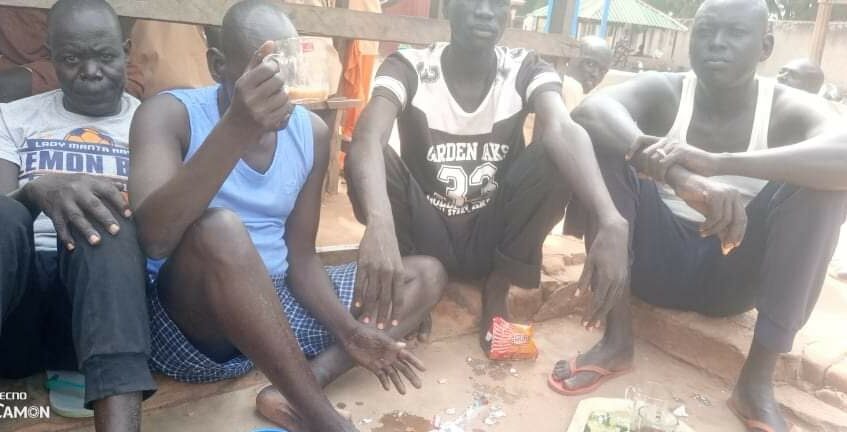 Some of teachers detained in Rumbek, Lakes State - Courtesy

The six detained teachers in Rumbek main Prison have appeared before the Public Prosecutor to hear their case, CEPO state coordinator has said.

Daniel Laat stated that the teachers appeared in court on Monday after spending nearly two months without trial or charges being brought against them.

Teachers, mainly in Rumbek town, were detained for allegedly rejecting a month’s salary and demanding an increment.

They were the first 20 teachers detained in a military barracks; later 14 were released, leaving six of them in detention.

Later the six teachers were transferred to Rumbek main prison.

Last week, state authorities said the teachers will be taken to court on an unknown date.

Speaking to Eye Radio, CEPO official Daniel Laat said the teachers are now with the Public Prosecution to hear their statements.

“As I am speaking to you now I am in the Public Prosecutor’s office and teachers are brought here and we are waiting for him to listen to the case again,” said Daniel.

“On Friday he sent them back because he was looking for the committee that investigated the issue of the teachers.”