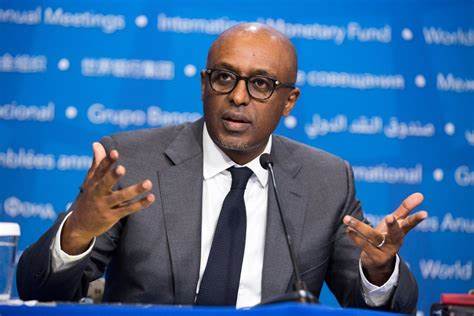 The International Monetary Fund has said tackling corruption and improving governance is a challenge affecting service delivery in South Sudan.

This is according to the Director of IMF’s African Department, Abebe Aemro Selassie.

Last year, Transparency International ranked South Sudan as the third most corrupt country in the world.

It attributed the reasons to the weak democratic foundation and the manipulation of undemocratic and populist politicians who use it to their advantage.

Recently, the Commission on Human Rights in South Sudan found that South Sudan’s leaders are undermining human rights and endangering security by diverting staggering amounts of money and other wealth from South Sudan’s public coffers and resources.

The Commission said over the past two years, more than USD 73 million has been diverted since 2018, including transactions worth almost $39 million in less than two months.

The rights body noted that this figure is only a fraction of the overall amount looted; as President Salva Kiir himself admitted as far back as 2012, South Sudan’s ruling elites had diverted more than USD 4 billion.

Speaking to the media on Tuesday, Abebe called on the Kiir administration to prioritize channeling resources towards development to alleviate the suffering of South Sudanese.

“Tackling corruption and improving governance is the first order and priority challenges that we have been seeing in this country,” the Director of IMF’s African Department said.

“Given how much resources are needed to promote development here to build schools, to build clinics, to build roads.

“It is paramount that public resources are used as wisely and effectively as possible and of course being directed to development efforts.”

Abebe added that the government should ensure that they account for the emergency financing the IMF disburse to them under the Rapid Credit Facility.

“In terms of accountability, what we have asked even in the context of the emergency financing that we have provided to South Sudan over the last years coupled with the difficulties that we spoke about earlier is to ask that we spend the money but keep the receipt so that it can be audited,” Abebe said.

“The auditor general has been doing an audit on how the IMF resources that have been provided have been used and we look forward to the publication of those reports.”

The IMF in March this year approved a disbursement of 174.2 million dollars to South Sudan under the Rapid Credit Facility to address Covid-19 pandemic-related effects on the economy.

The fund was the second financial assistance to South Sudan since it joined the international financial institution in 2012.

In 2020, the body approved a $52.3-million loan to help address its economic challenges.

It was the second financial assistance the IMF provided to South Sudan since it joined the organization in 2012.