Conference calls for demarcation of cattle routes and grazing land 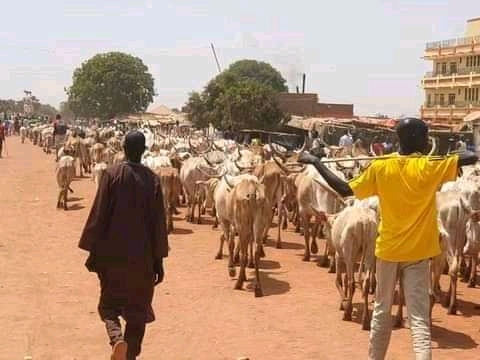 The National Conference on Livestock and Fisheries has recommended demarcation of cattle routes and grazing land to minimize farmers and herdsmen clashes in the country.

The meeting also called for the reduction of high dowry, and establishment of an anti-cattle rustling unit to stop cases of cattle theft in the country.

The three-day conference which concluded in Juba on Saturday was under the theme; “Stop Cattle raiding and migration-related conflict.”

The conference brought together hundreds of leaders from the ten States and the three Administrative Areas are attending the Conference aimed at ending the longstanding feuds among communities.

In its conclusion, the conference passed several resolutions, including criminalizing cattle raiding and enacting stringent rules to deal with raiding.

It also called for the provision of water to cattle keepers and promotion of youth education on life skills at cattle camps.

The Minister of Livestock and Fisheries Onyoti Adigo Nyikwec who read out the resolution on Saturday said the government must enforce the rule of law for stability.

“Peace and stability in our country is very important to manage and develop our livestock and this cannot happen without enforcement of the rule of law,” Onyoti read out the resolution on Saturday in Juba.

“The unit will regulate the movement of livestock in farming areas in the country, and also deal with cattle raiding and theft.”

Cattle and communal related conflict have killed hundreds of civilians across the country since the beginning of this year.

Livestock occupies an important place in the socio-economic welfare of pastoral, agro-pastoral and mixed crop or livestock farming households in South Sudan.

An estimated 80 percent of South Sudanese make a living from livestock rearing, with a livestock population of approximately 36 million per Capita.
The government says livestock ownership in South Sudan is among the highest in Africa and accounts for about 65 percent of the agricultural Gross Domestic Product (GDP).