You are here: Home  |  Justice | News   |   Chief who spent almost a year in jail for disobeying governor Aleu released 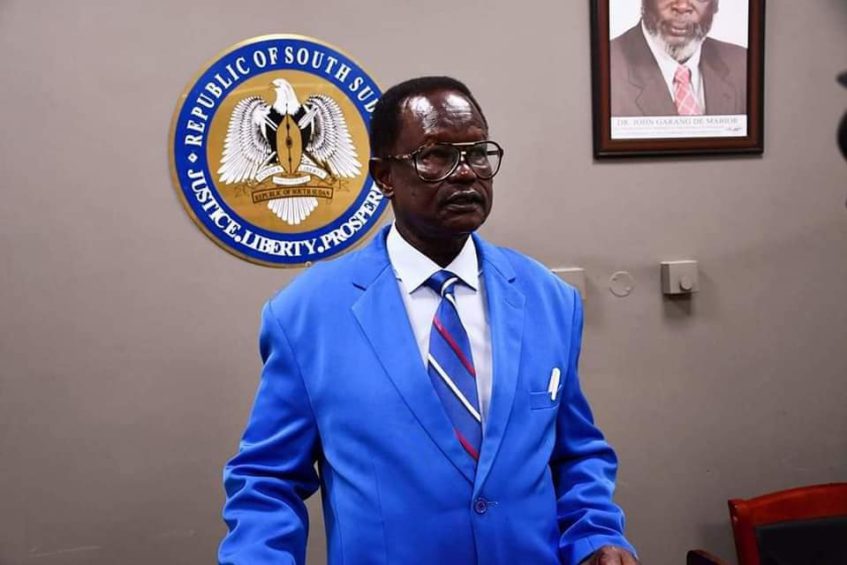 A local chief in Warap State has been released after spending almost a year in jail for allegedly quarreling with the governor and disturbing peace in the state.

This is according to Ring Deng, the state information minister.

Chief Arol Bol Arol also known as Arol Gangdit, was arrested in March last year on charges of disobeying Governor Aleu Anyieny Aleu by refusing to turn up in his meetings.

Arol Gangdit was also detained briefly last year by the former governor Bona Panek for the same reason of not attending meetings.

Deng now says the chief has been released after confessing his guilt.

“He [chief] was detained in March last year, and the reason was that he violated orders from the former governor Bona Panek,” Deng told Eye Radio.

“Panek went to Warap Town to hold a meeting but he refused to turn up. Bona Panek issued an arrest warrant, then the chief was taken to Kuajok town but was released the same day.”

“He [chief] did the same when Aleu came in and held a meeting, then Aleu sent his guy to get him, he then quarreled with the governor after he was brought for questioning.”

“The chief Arol Gangdit has been released after his colleagues came to request the governor to release him. The chief was detained simply because he was against peace.”

Deng now says the chief has been released after confessing his guilt. “Since he accepted the peace, he was immediately released.”

However, it is not clear why the chief refuses to attend governors meetings.