You are here: Home  |  News | Sports   |   Cameroon football hit by age fraud as 32 players are disqualified

Cameroon football hit by age fraud as 32 players are disqualified 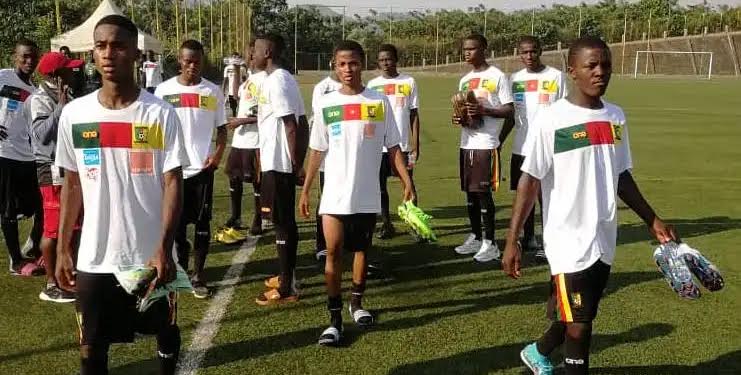 Cameroon - U17 Team: 21 out of 30 selected players disqualified for age fraud. (Photo: Courtesy).

Cameroonian football has been rocked by an age fraud scandal that has so far resulted in 32 players from the country’s under-17s tournament have failed age tests, suggesting they are older than they claim to be.

The Athletic reports that the players have been disqualified from a Central African Football Federations’ Union competition in the seaside city of Limbe, Cameroon.

It is said that the federation is racing against time to find enough eligible players to fill the gap before the January 12 tournament.

Last week, 21 players out of the initial squad of 30 were disqualified, before 11 more further players failed the magnetic resonance imaging.

“The issue of age fraud is a serious one in world football, with players from poorer countries with patchy systems of record-keeping often incentivised to be dishonest about how old they are in a world where youth is a precious commodity and players may be ruthlessly discarded once they are seen as too old,” reports The Athletic.

Samuel Eto’o, the president of the Cameroonian Football Federation is working to professionalise the footballing culture of the country.

The MRI scan can be used to determine age by scanning wrists and measuring bone growth.

Age fraud is not a new issue for the African football, reports The Sun citing Guinea’s disqualification from the Under-17 World Cup in 2019 after two of their players were found guilty of being too old.

Also in December 2020, the South Sudan Under-17 team was disqualified from the AFCON/ CECAFA Zonal qualifier tournament in Rwanda.

This was after the CAF medical team found that four of South Sudan’s U-17 players failed MRI tests conducted before the tournament.