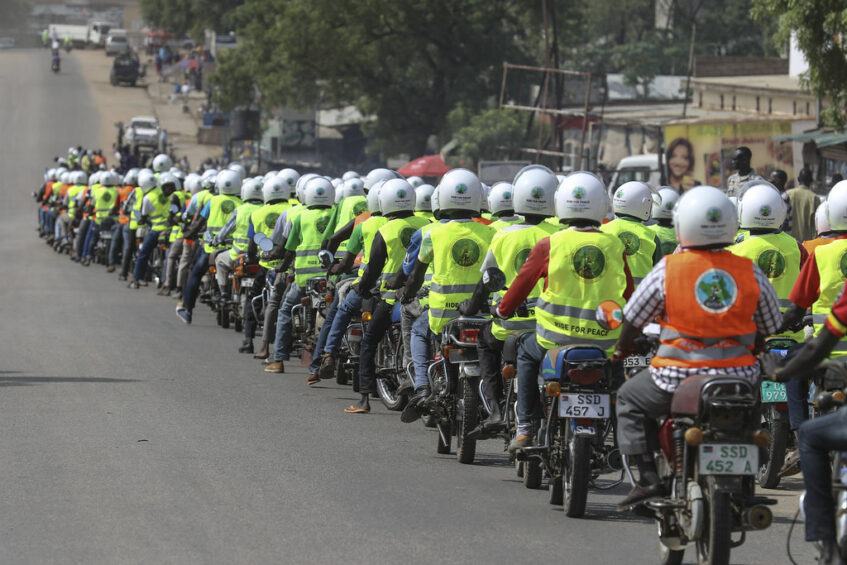 The South Sudan first Boda-Boda national convention has been called off after the security personnel reportedly blocked participants from accessing the venue in Juba Monday.

Eye Radio’s Journalist who attempted to cover the event was told by the security personnel to return saying no one was allowed to access the venue.

The road between the Customs and University of Juba roundabouts was seen blocked in the early hours of Monday, disrupting a key route for motorists.

The two-day event organized by the office of Vice President for Youth and Gender Cluster with support from UN population agency, UNFPA was to focus on Peacebuilding, Gender Equality and Positive Masculinity.

According to the UN agency boda-boda is the main means of transportation in the country.

It estimated that a total of 70,000 young people aged between 15 and 35 are engaged in business across the Country, which is helping them address their family needs.

However, according to the office of the Vice President for Youth and Gender, the Boda-Boda riders are at high-risk behaviors of committing gender-based violence, alcohol, and substance abuse which increases their vulnerability to violence.

They are also vulnerable to road traffic accidents and acquire sexually transmitted infections including HIV and Hepatitis.