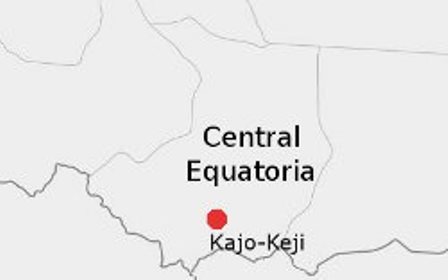 The SSPDF and SPLA-IO say they are not aware of reports that some soldiers are still occupying civilian and public buildings in Kajo-keji.

On Wednesday, two religious leaders from the county said civilians were afraid to return to their homes due to the presence of the armed forces.

They said SPLA-IO forces and those loyal to Gen. Moses Lokujo (under the SSPDF) were still living in schools, churches and other public buildings.

Liwolo area in the western part of Kajo-Keji is said to be among areas severely affected by hostilities between the forces.

“We have not yet gotten the information from the ground but as long as that concern has been raised, it is actually regrettable and we will try to cross-check with the command on the ground,” Brig.-Gen. Santo Domic told Eye Radio on Thursday.

“The SSPDF leadership gave standing order long time ago that all the facilities – schools, churches and hospitals – should not be occupied by armed men,” he stated.

Last week, the ceasefire monitoring body, CTSSAM-VM identified General Moses Lokujo who recently defected to the SSPDF as being responsible for the recent displacement of civilians around Kajo-Keji area.

Gen. Lokujo, who switched sides, from the SPLA-IO to the SSPDF in September, is said to have also blocked access to a military training camp.

This is contrary to the revitalized peace deal which expects all the parties to desist from actions that may impede or delay the provision of humanitarian assistance, or protection of civilians, and restrict the free movement of people.

The Deputy Military spokesperson of the SPLA-IO, Col. Lam Paul, believes the main opposition’s forces have already moved out of the schools and churches in Kajo-Keji.

“I remember we have already vacated those areas, but it could be just because of the current tensions in the area that is making them temporarily be around those places,” he added.

But civilians in Yei River area have continued to flee their homes as violence between the government and opposition, the National Salvation Army has persisted in the past months.