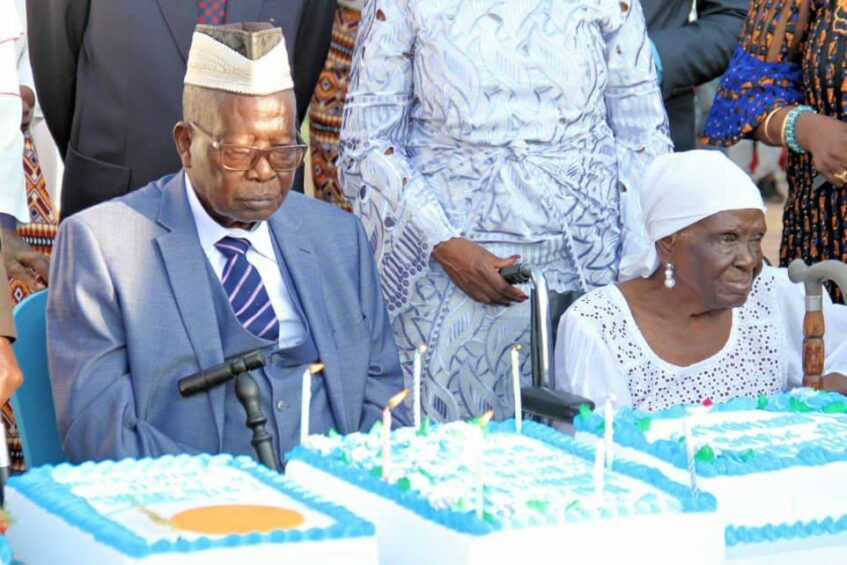 The charismatic leader, famous for his trademark salutation “I greet each one of you one by one”, is currently the oldest surviving leader of the liberation war.

Lagu was once the chief architect of the first Anyanya movement and partook in the negotiation of the 1972 Addis Ababa Agreement.

He then became the second president of the autonomous southern region of Sudan.

The current Special Advisor to President Salva Kiir had defeated COVID-19 after testing positive with his wife in December 2020.

In a message delivered by his cabinet minister, Governor Adil said the country owes exceptional dignity and honor for the strong foundation Lagu had set during the liberation struggle.

Adil reportedly donated a car to Gen. Lagu “to facilitate his movement.”

The family of General Lagu also unveiled the ‘Joseph Lagu Foundation’ which is reportedly aimed at developing sustainable generations of future leaders both in the public and private sectors.

Joseph Lagu also served as the Sudanese Ambassador to the UN between September 1990 and January 1992.

In 2006 he completed writing his memoir—Sudan Odyssey Through a State from Ruin to Hope.