Agencies warn of 2022 as the hungriest year ever 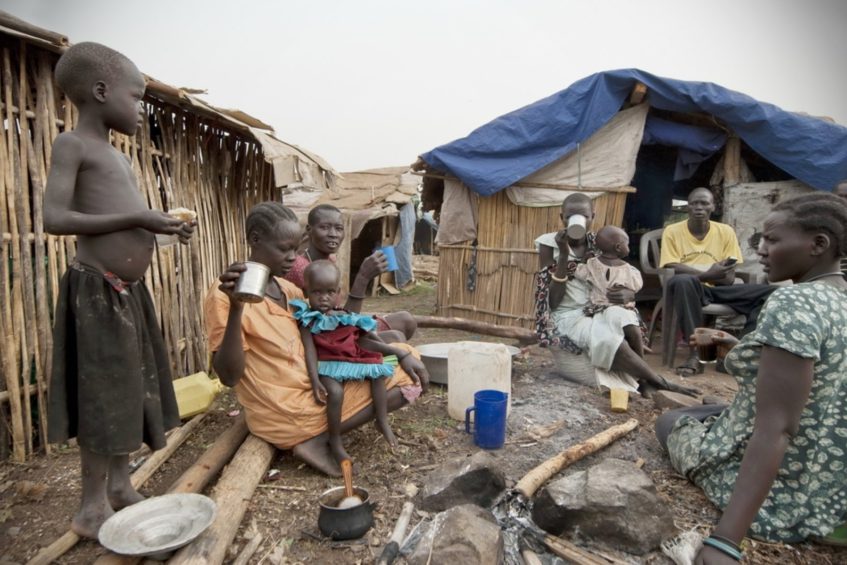 Families having breakfast in front of their huts in a camp for displaced people. Photo credit: Curtsey

The World Food Program and several other aid agencies have warned that hunger is likely to hit South Sudan hard this year due to multiple challenges including the effects of last year’s flash floods.

According to a report by UNOCHA, an estimated million people have so far been affected by the flash floods in 27 counties.

Jonglei and Unity states are the most affected – accounting for 58% of people affected.

This has rendered agricultural fields inaccessible.

Other contributing factors the aid groups say, include the impact of the Covid-19 pandemic and continuing conflict and the slow implementation of the peace agreement in the country.

These, they say have all denied much of the country basic services.

“2021 was the worst year since independence in the 10 years of the life of this country and 2022 will be worse. Food insecurity is at horrific levels,” a statement by Mathew Hollingsworth, WFP Country Director in South Sudan read.

According to aid officials a preliminary data shows that nearly 8.5 million people – out of the country’s 12 million population – will face severe hunger.

This figure is an 8% increase from last year.

The report stated that Fangak is among the worst affected counties – as bad as Pibor County this time last year, when some 30,000 Pibor residents were reportedly facing famine.

But overall estimate by the United Nations indicated that nearly 1 million people across South Sudan have been affected by the floods, forcing a reduction in food aid by half in most places because of funding constraints, hence affecting some 3 million people.

Experts’ expressed further worries over an anticipation of more floods this year as this may exacerbate the already dire humanitarian situation in the country.