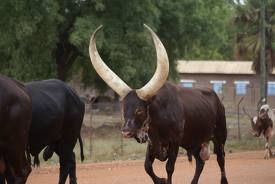 “They fought among themselves and there are some loses,” state deputy governor Santo Domic, described to Eye Radio.

“We got a list of 9 people that have been killed from both sides, but the County Commissioner is actually trying to get more detail because they did not take the wounded to the hospital, we don’t know what is happening with the wounded?”

Mr. Domic said there is a need for a state-wide disarmament exercise to stop inter-communal violence in Lakes state.

“…because if you look at the cause of all these things, it’s the presence of the firearms in the hands of the local population.”

This month, about 42 people were killed and more than 50 others were wounded in two separate inter-clan clashes in Lakes state.

The caretaker governor, Matur Chut told Eye Radio earlier that two special courts have been established to resolve cases of those accused of instigating fighting in the state.