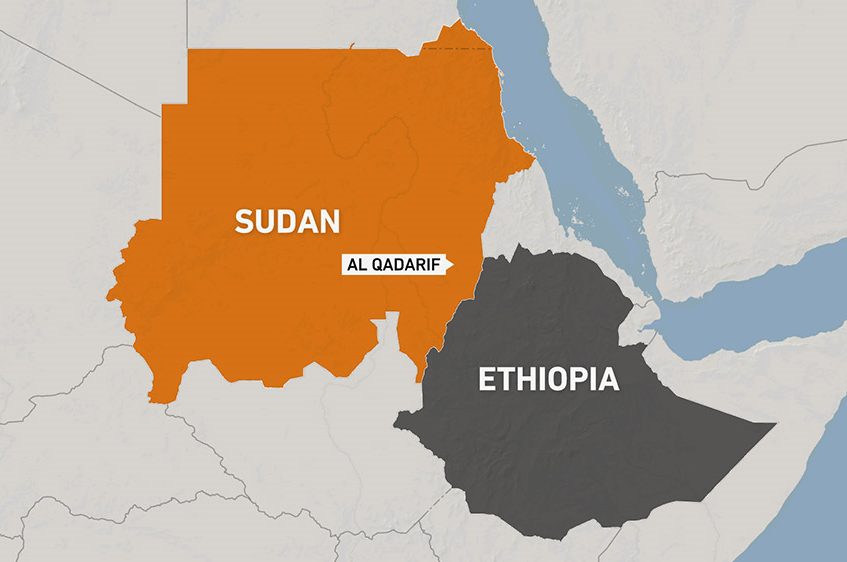 More than sixty South Sudanese prisoners sent to harvest sesame in farms in Sudan have been taken as prisoners of war by Ethiopian army along the border, a South Sudanese activist in Khartoum has said.

Achol Malong told Eye Radio the inmates detained were 86, but nineteen of them – sixteen men and three women were released since last month.

They were arrested in the Al Fushqa region, a disputed area located on the Ethiopia–Sudan border claimed by both countries.

According to Achol, she thinks that the Ethiopian forces mistook the prisoners for Sudanese forces, saying they had encroached on their territories.

She said the eighty detainees are now being kept and treated as war prisoners.

“Those prisoners were taken from Khartoum central prison to Gadrif to harvest Sesame in the border area of Ethiopia, but when the war erupted between Sudan and Ethiopia they fell in an ambush of the Ethiopian army,” Achol told Eye Radio.

“They arrested 86 South Sudanese prisoners but after one day they released nineteen prisoners which included sixteen men and three women.

“I made a lot of attempts for the release of the remaining South Sudanese in Ethiopian custody but I failed.

“We are still working on that for their release and now they are in Ethiopia, now they are urging the government of South Sudan to intervene and help the situation.”

There are reportedly hundreds of South Sudanese across Sudanese prisons since 2011 who have been convicted of different crimes there.